Dunbreen Rovers ousted by one of the tourney favourites 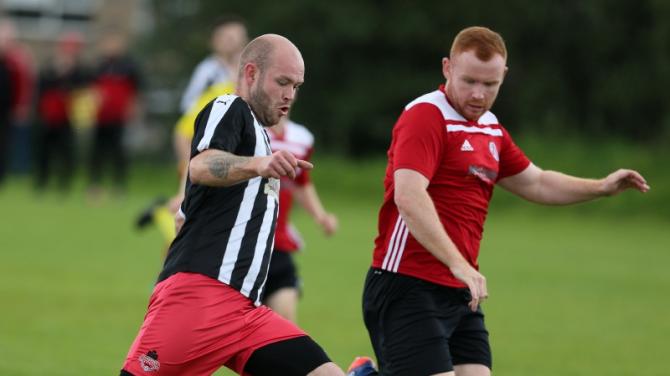 TWO Niall McCaffrey goals counted for little in the end as Dunbreen Rovers, who finished with nine men, exited the Junior Cup at the first round stage when defeated 6-2 by one of the favourites for the competition, Willowbank, at Youth Sport Omagh on Saturday.

Throughout what was an entertaining clash, the Belfast visitors showed their quality with a neat passing style which cut the home side open all too often and when Rovers were eventually reduced to nine men, there was no way back for the home side.

That, sadly for the home side, was about as good as it got as the Amateur League 2B side ramped up the pressure to come storming back into the match. Their precise passing and incisive play led to goals in the 17th, 18th, 20th and 25th minutes from Nathan Garland O'Neill (2), Piaras Barnes and  a Barry Campbell own goal saw the visitors surge into a commanding lead by the break.

Willowbank, who are seen by many as one of the favourites for the Irish Junior Cup title this season, continued to enjoy the best of the play in the second half and increased their lead in the 53rd minute when Heaney picked out the lively Connor McCullough, who teed up Garland O'Neill. The tricky winger's initial shot was saved by Andrew Maguire, but Thomas McCrory was on hand to drive the ball home from close range.

Rovers responded well, despite being four goals down, and McCaffrey reduced the deficit with a neat finish across Kelly.

Immediately after that positive, came another negative as Aidan Lynch received his marching orders following a late trip on McCrory and just after the hour mark the game was put to bed by the visitors when two substitutes, Daniel Henry and Pol Smyth, combined from a corner for the latter to head home.

The game became a bit niggly after that and with 18 minutes to go Patrick Northern and Thomas Burns were shown straight red cards following a needless encounter on halfway.