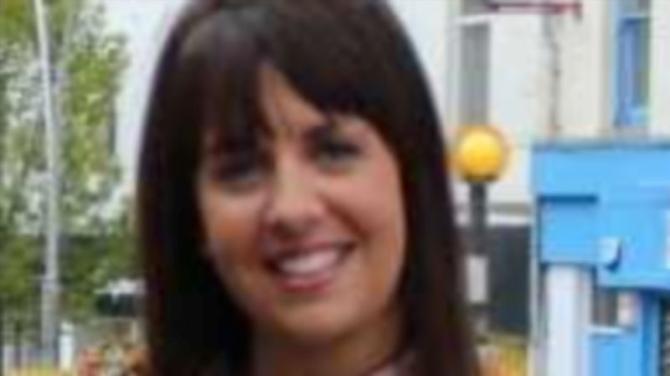 If you can't reduce the rates, don't increase them. That's was the message to Fermanagh and Omagh District Council from two Omagh business group leaders yesterday ahead of tomorrow (Thursday) night's special meeting to strike a district rate for 2019-20.

Omagh Town Centre Forum chairperson, Lynn McKinley, and Omagh Chamber of Commerce president, Hilary Nelson, has urged councillors to be mindful of the current climate that businesses were facing.

The council has admitted it faces a number of uncertainties for the 2019-20 financial year such as the potential for additional costs in relation to the outcome of the Brexit process.
It is understood the incoming rate will see an increase – but to a figure below the rate of inflation.

Meanwhile, on Monday Derry City and Strabane District Council gave its backing to the council’s budget for the 2019-20 financial year, and plans to further progress its ambitions of the Strategic Growth Plan and secure a City Deal for the City and District.

The district rates increase of 3.46% will mean an increase of £15.58 per annum or 30p per week and will see the average domestic district rates bill increase to £465.88. Rates are calculated based on pence rate multiplied by the property valuation. Of the agreed 3,46% district rate increase, 0.37% represents unavoidable statutory pressures whilst 3.11% represents investment in new services and initiatives and strategic projects closely aligned to their City Deal proposition and with the aim of driving continued growth in their City Region.

Looking towards tomorrow night’s meeting in Enniskillen the chairperson of the Omagh Town Centre Forum, Mrs McKinley warned the business community already had more than enough to contend with - not to mention the uncertainty that Brexit could bring - without another hike in their rates.

She said businesses were fighting an uphill battle in terms of competing in the current climate and no one knew exactly what the future held for them."We don't know what's going to happen so we don't need a hike in business rates when there could be other tariffs and bills set to come our way in April. My message to the councillors is if they can't bring the business rates down, don't increase them, but ideally we would need a reduction," she said.

"There will be all sorts of financial issues coming down the line but you would like to think things might go our way for a change. We're trying to push the local shops and businesses and don't forget, these are the people who put the money into the council through the various changes such as rates. We're the backbone of every high street and town centre – so it's important to encourage new businesses coming into the town and support those already there. In fact a rates decrease would be a shot in the arm we need."

She added she understood Northern Ireland businesses were amongst the highest ratepayers in the UK and any further increase in rates would have to be looked at to balance things out.

"With the great uncertainty Brexit is bringing, a rates increase is the last thing anyone needed," she said.

Ms Nelson has also urged the council to remember where the current situation puts the local businesses.

“Local businesses are already feeling the burden of rising inflation, pension contributions and an increase in the national living wage.  The Fermanagh and Omagh District Council have stated that they are “acutely aware of minimising the impact on ratepayers”. We would hope that this is reflective in their decision-making for this year’s District rate,” she said.

Their call has also been supported by the chairman of Omagh Enterprise Company, Nicholas O’Shiel. He said particularly at this time with the uncertainty of Brexit, any cost that could be kept to a minimum was vital to any business.

“As rates are a business cost which all businesses pay, it’s important they be kept as low as possible. This will help new people get into business and help people who are already in business to continue,” he said.

A spokesperson for the council explained that the district rate was set by the council annually to meet its legislative requirements and to ensure that there was adequate funding in place to support the delivery of council services and investment in infrastructure at an affordable rate for Fermanagh and Omagh ratepayers.

"The draft budget has been developed following an extensive financial planning exercise undertaken by the council's Estimates Focus Group and the Estimates Working Group, taking into account a number of financial issues and challenges facing the council in the year ahead.

"These include an unplanned reduction in the Rates Support Grant from central government; an increase in waste disposal and collection and street cleansing costs; increasing demands on council services and resources due to fly tipping, vandalism and additional maintenance demands and an increase in salary and wage costs. The council also faces a number of uncertainties for the 2019-20 financial year such as the potential for additional costs in relation to the outcome of the Brexit process.

The spokesperson added that general inflationary increases in costs applied across all areas, however these were being offset by efficiency savings across a number of service areas. Commitments to support a number of projects, initiatives and plans approved by the council in its current year will also be financed through the 2019-20 budget.

"The draft budget has been prepared following a thorough review of proposed capital and infrastructure plans; council and community planning priorities and current budgets while being mindful of the impact on ratepayers and uncertainties in the current operating environment and the availability of central government funding," the spokesperson said.