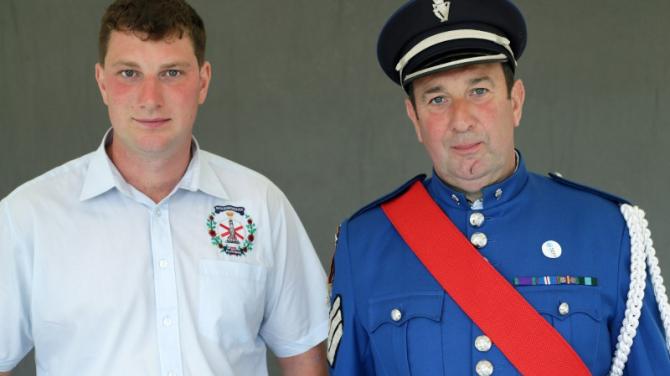 Local band members from Fivemiletown and beyond will demonstrate their passion for pipe and flute bands as part of a new BBC2 programme.

Amanda Lee, from Fivemiletown, and three of her children, are part of the Cavanaleck Pipe Band in County Fermanagh, which will feature on ‘The Band’ a new series for BBC Two Northern Ireland.

Local viewers may also recognise Mark and Paul McDonald, who are members of Brookeborough Flute Band – who are also set to appear on the programme.

Promising to bring viewers into the remarkable world of colour, character and community of local bands, the three-part series will visit musical ensembles from the length and breath of Northern Ireland, from Tyrone, Fermanagh and beyond.

Like every band member profiled throughout the series, Amanda and her children talk of their love of music and the joy they share playing as part of the band. For them, the band is family.  It gives them a sense of being part of something special, a chance for cultural expression and to share the music passed down from generation to generation.

Beginning this Sunday, February 24, at 10pm, ‘The Band’ is both intimate and revealing, and will show the world colourful of marching bands – a strong part of the Ulster-Scots tradition – as we have never seen it before.