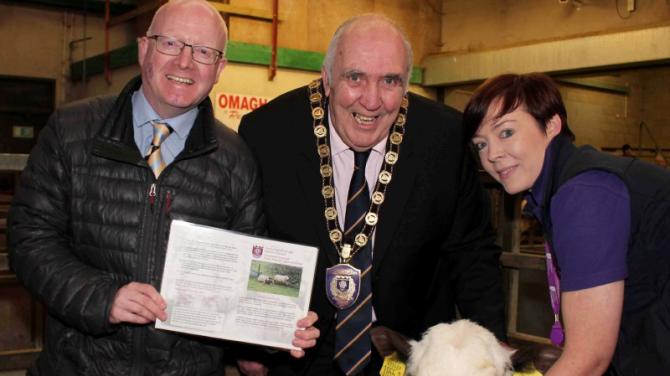 With a total of 22 incidents of livestock worrying in the Fermanagh and Omagh District Council area since this time last year and the lambing season in full swing, it has issued a stern reminder to dog owners about the importance of keeping their pets under control.

Following on from recent news that livestock attacks have cost Northern Ireland a substantial £290,000 over the past few years, the local council is cracking down on livestock worrying – which can involve a dog chasing or attacking livestock and causing suffering to farm animals – with the threat of dog seizure and even prosecution for owners responsible.

In recent weeks, chairman of Fermanagh and Omagh District Council Howard Thornton, and the council’s wildlife officer, Clement Kennedy,  visited local livestock marts, including Omagh on Monday of this week, to speak with farmers and raise awareness on what has become a costly issue.

According to Mr Thornton, livestock worrying is “a very serious concern for farmers” around lambing time.

“Although the vast majority of dogs are well looked after and are friendly family pets, all dogs have the potential to inflict injury and to worry livestock,” he said. “Dog worrying of livestock – and especially sheep during lambing season – is a very serious concern for farmers and we urge dog owners to always act responsibly by keeping their dog under control.”