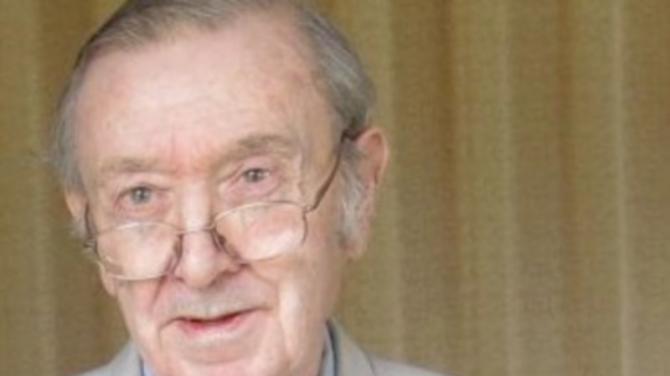 Tributes have been paid to a former SDLP councillor, teacher and local columnist from Omagh.

Stephen McKenna, 76, passed away in the early hours of Monday morning.

Requiem Mass will take place Wednesday (today) at 10am, with interment afterwards in Greenhill Cemetery.

Mr McKenna was a weekly newspaper columnist and in his formative years was a teacher at Christian Brothers' Grammar School.

He also served as an SDLP councillor in Omagh, and spent a term as chairman of Omagh District Council.

Fondly remembered for his long-running weekly column in the Ulster Herald, Mr McKenna had a wealth of knowledge on Omagh and the surrounding district that has been recorded in his writing.

Former SDLP councillor, Patrick McGowan, who stood alongside Mr McKenna on Omagh District Council, said he is "deeply saddened" by his passing.

"Stephen and I ran for council for many years on the one ticket in the town," he said. "He had a great rep with everyone on the council, and was a great asset.

"I sat shoulder to shoulder with him in council chamber, and he never missed a bat.

"Indeed, he had one thing I don't think anyone else had at the time - there was a book of rules and regulations for councillors regarding motions, and I can assure you he knew that book from the front page to the back page.

"I have fond memories of him. It is sad that this is shortly after the passing of his colleague Crawford McFarland. I associate him so much with Mr McFarland. They had the same interests and same view to help the community.

"All the councillors had a great rapport back then  and worked together for the good of the people. In those days, everybody helped everyone in the council.

"My fonder memories are some of the things he would have said. He was witty in many ways and often when a meeting was dull, he brought it to life."

Anton McCabe, a local journalist and friend of Mr McKenna, described him as "inspirational."

"As a teacher, he was inspirational. He really had that thing that got people interested in English. But particularly he was a marvelously human man.

"As a teacher, and as a man, he opened windows in your mind right to the end.

"Spending time with him was an enriching experience, and his encyclopedic knowledge of old Omagh will be badly missed."