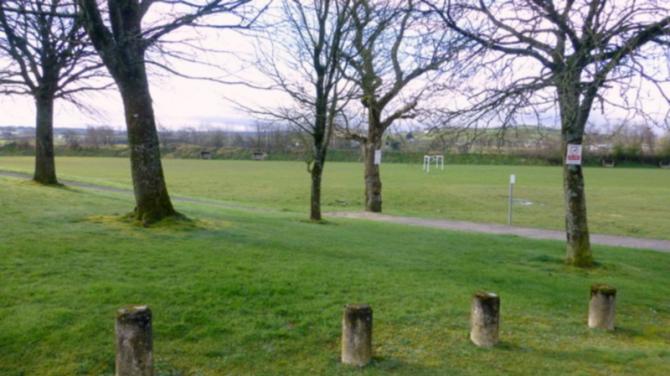 CLUB members of St Patrick's Football Club, Castlederg, have been left furious after the pitch at Mitchell Park in the town was targeted by vandals.

Liam Lynch, a committee member of the club, arrived on Thursday of last week to organise the pitch ahead of a youth game between St Patrick's and Fivemiletown at under 15 level, only to find broken bottles all over the pitch, goalposts thrown into the nearby river and nets ripped.

Thanks to the hard work of club volunteers and even some of the players, they were able to ensure the match was allowed to proceed, but the unsavoury incident has left Liam and the rest of the club furious.

"Obviously something must have happened on Wednesday night. It looks like whoever was responsible had a massive party.