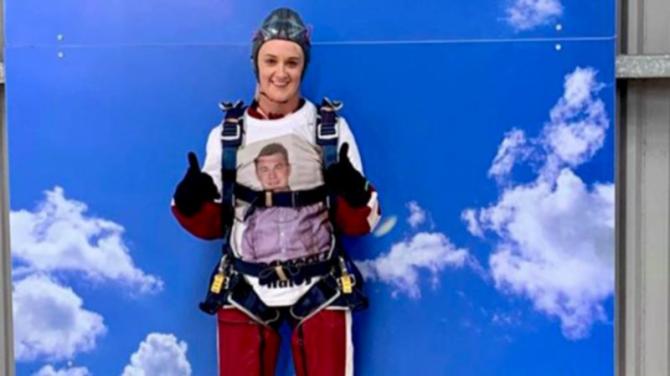 The girlfriend of a Beragh man who was tragically killed in a farming accident last year has completed a charity skydive in his memory.

Alison Allen, partner of the late Harry Gibson, has raised a grand total of £5,570 for the Cruse Bereavement Care, a voluntary organisation which meets in Omagh.

Alison turned to the organisation following the tragedy, through which she got the opportunity to undertake a tandem skydive.

Keen to “make Harry proud”, she completed the impressive charity feat on Sunday.

“I lost my boyfriend, Harry Gibson, on September 22 last year to a tragic farm accident,” Alison explained. “Harry and I had been together for several years and had purchased our engagement ring two months prior.

“We had lots of plans for our future together to look forward to."