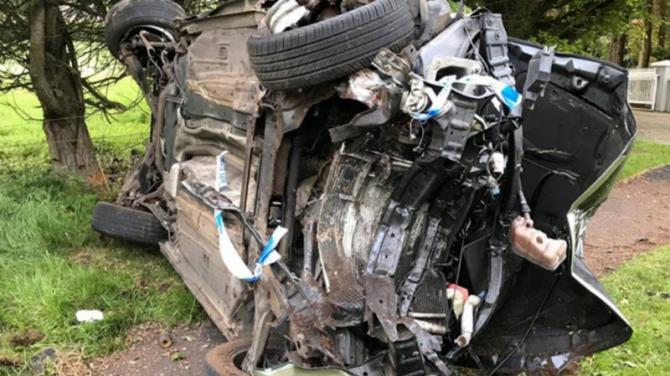 Pictures of the accident, which happened on the Killadeas Road between Kesh and Enniskillen at around 11pm on Saturday, were posted on the PSNI Omagh Facebook page at the weekend.

According to police, the vehicle was driven by a ‘drunk driver’ who was taken to custody, and later released on police bail pending further enquiries. It is understood no-one was seriously injured in the crash.

A PSNI spokesperson said: "Thankfully no one was seriously injured, but the pictures speak for themselves."