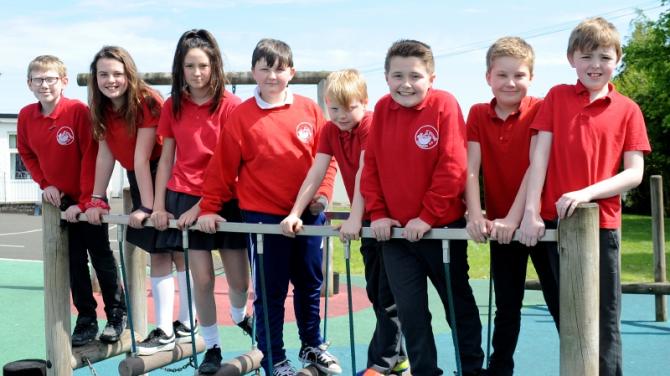 West Tyrone is set to lose another small rural school with confirmation this week that Erganagh Primary School on the Listymore Road outside Castlederg is to shut its doors for the final time at the end of this school year.

After over 150 years of providing an educational focal point for generations in this area negotiations with the Department of Education have left no option but to close.

With sadness in the air, school principal, Mrs Heather Wallace, said the board of governors and parents put up a brave fight over a three year period, but the facility did not fit with current Department strategy. She added the fact no government was in place at Stormont did not help their cause either.

It is understood there has been a school at Erganagh since 1867 although at that time it was located on the other side of the road from the current building which has been in existence since for nearly 85 years. Many children from a wide catchment area attended and even today some of the children can claim their grandparents also attended this very same school.