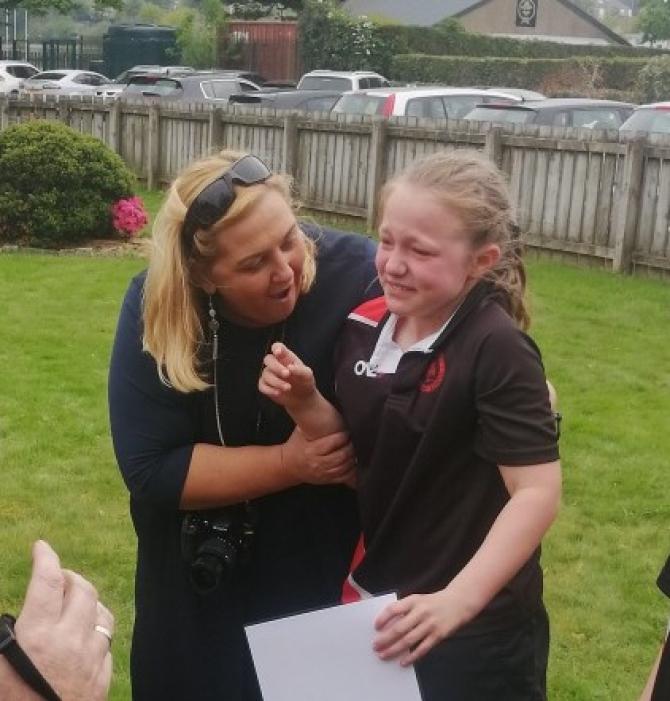 AN Omagh County Primary School pupil will live every rugby fan's dream in September after winning a once-in-a-lifetime trip to the World Cup in Japan.

Emily Irwin will have the privilege of presenting the match ball in Ireland's opening game with Scotland on September 22 at the International Stadium, Yokohama.

The unsuspecting Omagh girl broke down in tears of happiness when representatives from DHL - the company who ran the competition - arrived at her primary school just after lunchtime on Thursday to break the news to her.

Emily had sent an inspirational video to the Ireland players through Facebook in which she delivered a creative team-talk in the form of a 'rap' as part of the DHL competition.