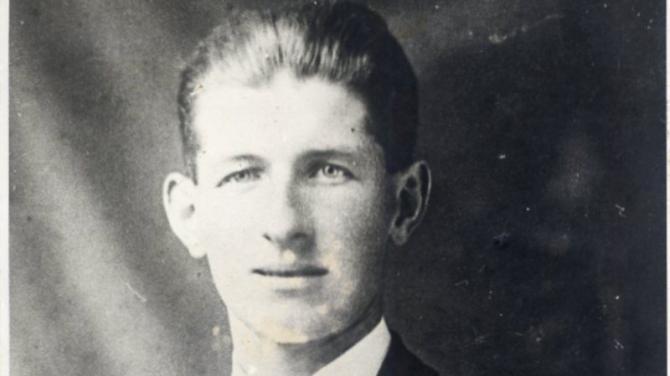 The Internet has revolutionised our lives since its beginning - and for David Marshall, of Doogary, Omagh, it has enabled him to delve into the fascinating and poignant story of his late uncle and namesake who was killed in the Italian Campaign over seven decades ago.

In a strange coincidence, David came into contact with Englishman, Richard O'Sullivan, in Ypres, Belgium, while on a group trip back in 2017 for the centenary of the Battle of Messines.

Richard - who is currently documenting the life of his father, Ted, who served in the London Irish Rifles - just so happens to have in his possession, a letter which indirectly tells the story of how David's uncle - David Joseph Marshall - was killed in battle by an anti-personnel mine on December 30, 1943, near a mountainous village in Italy called Capracotta.

When Richard set up a website to tell the story of his father's war exploits some years ago, he was contacted by a woman called Stephanie Hess. To frighteningly underline how small today's world is, it transpires that Stephanie is the great niece of Captain Joe Beglin, a man from Dublin who was killed near Capracotta on December 30, 1943 - in the same incident in which David Joseph Marshall died.

It is owing to this chance encounter between David and Richard that the Doogary man has learnt more about the man he was named after that he ever dreamed of.