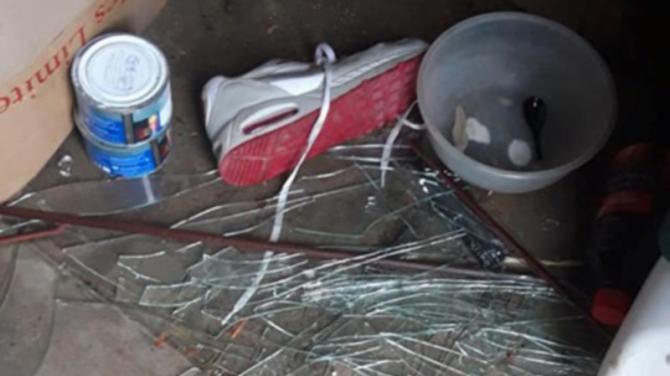 An attack on a charity in Fivemiletown dedicated to support grieving mothers has been described as 'absolutely despicable'.

It is understood the perpetrators broke into a building used by the Molly and Mia Foundation on Thursday past, ransacking a room, breaking glass shelves, while drugs paraphernalia was also found on site.

It is an attack on an organisation that has worked hard to regenerate a derelict site in the Edfield Way area of the town. It is an all-inclusive community space which not only provides gardening and horticultural programmes for local people, youth and schools, but also a place for respite and remembrance for families to plant a tree in memory of a lost one.

The charity was founded by Diana McDowell - in memory of her identical twin girls, Molly and Mia - to assist parents and families who have lost babies in pregnancy or infant death.

The latest anti-social behaviour comes in the wake of vandalism to the grounds of Fivemiletown United FC., where the culprits smashed glass across the pitch, caused scorch damage to fencing and broke gates.

Fermanagh and West Tyrone MLA., Rosemary Barton, has asked for an urgent meeting with police to discuss the increasing anti-social behaviour in recent weeks.