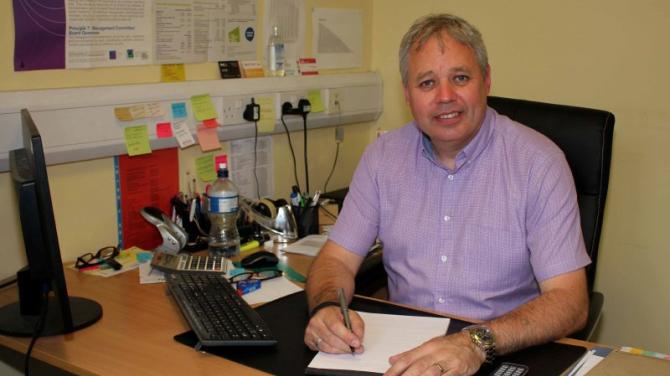 OMAGH’S 'working poor' were facing high levels of debt that was impacting on their quality of life, their mental health and in some cases people were facing eviction because of delays in the payment of their benefits.

These stark warnings came this week from the manager of Omagh Independent Advice Services (OIAS), Michael Roddy, who has warned what they are experiencing now is "only the tip of the iceberg".

After a two year break OIAS is back offering a part-time debt/money advice service from their offices in Omagh Community House.

This charitable organisation has been providing free, confidential and independent advice and representation to the general public on a wide range of issues, such as welfare benefits, housing, employment law, consumer and other welfare related matters since 1995.

Announcing the relaunch of the service, Mr Roddy said that he was delighted that a face to face service was once again available locally. OIAS had previously offered this service, however due to funding issues it was unavailable for over two years.

"I have been working at welfare rights for more than 20 years and you would expect things would be getting better, but they're not, they're actually worse than they were 20 years ago. The way the benefits system has been restructured has caused major difficulties," he said.

Mr Roddy revealed the level of debt in the Omagh area was very high, as high as anywhere else in Northern Ireland and from the level of enquiries to date, he expected they would be very busy for a long time.

"We have always been very busy because the level of debt locally is very high. You're talking about issues around consumer debt, credit cards, as well as things like housing mortgage, hire purchase, store cards, catalogue, loan arrears, student loans and default notices. I suppose the message we're trying to send out is you need to act early and get on top of these things as soon as possible," he said.

"Debt is not dependant on whether you are working or middle class, it goes right across the board. In the past and indeed now we are dealing with what we would class as 'the working poor' - those people who are holding down jobs, but are just struggling financially to keep on top of all”.

Mr Roddy said he was a great advocate of face to face services when it came to starting to tackle the debt problem.

"The service we provide will include - the maximisation of income, identifying and prioritising debts, carrying out creditor negotiations on behalf of the client and providing information and advice to those clients that have been issued enforcement and possession orders.