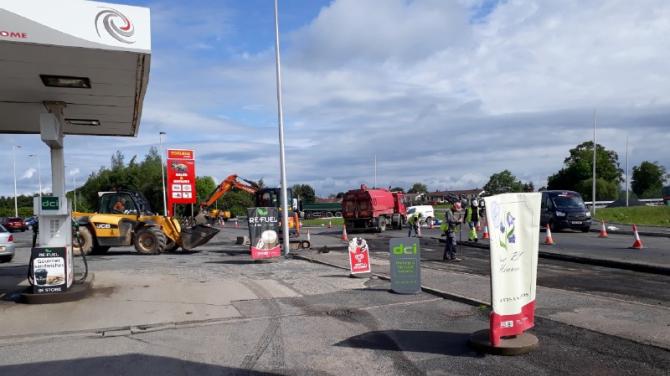 The ongoing controversy surrounding the absence of a 'yellow box' on the Derry Road at the new Strathroy Link Road Roundabout in Omagh was set to take yet another twist last night (Tuesday) when the matter was due to be discussed at the monthly meeting of Fermanagh and Omagh District Council.

Shop owners in the vicinity of the new £7 million development had already voiced their concerns about safety on this new road as well as difficulties for prospective customers accessing their business once the link had been officially opened.

At their June meeting councillors decided to write to the acting divisional roads manager with the Department for Infrastructure's Roads Service (Western Division), David McKinley, about concerns it had with problems it anticipated with the absence of a 'yellow box' on this section of road.

They pointed out that they were disappointed that the Roads Service thought it better to wait a month to monitor the situation from when the road officially opened rather than taking what they believed was proactive action at this stage to mitigate the foreseen problems with traffic management at this road junction.