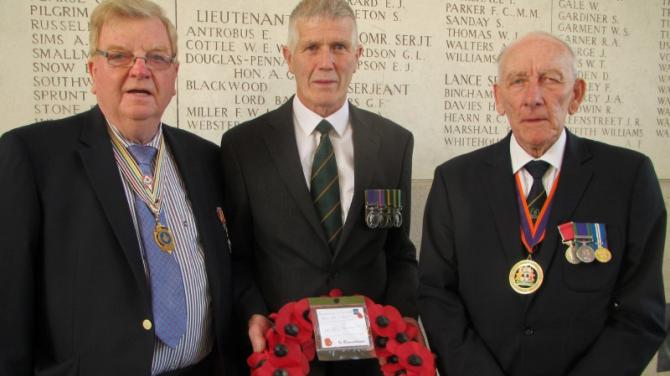 Newtownstewart Orangeman were joined by Grand Lodge and County Tyrone Grand Lodge officers with brethren from neighbouring Districts and Orangemen from Counties Londonderry and Donegal for the reopening of their District Hall on Friday night. The Somme Memorial Hall was reopened after extensive renovations following flood damage on August 22, 2017.

The evening commenced with a reception for invited guests hosted in Newtownstewart Presbyterian Church Hall, during which the Worshipful District Master thanked all for coming and made a presentation to Mrs Irene Spratt, Project Officer with Derry and Raphoe Action who has assisted the District lodge with the project.

This was followed by the opening and dedication service outside the hall which was chaired by the worshipful district master of Newtownstewart District Lodge, David Dunbar, who welcomed all to the event; the service was conducted by grand chaplain Rev David Reid. The Grand Master Edward Stevenson performed the official opening. He said he was honoured to reopen the hall in memory of all who fell at the Battle of the Somme; he said that the hall would be a great asset to the brethren in Newtownstewart and their families, and congratulated the District for completing the renovations to such a high standard.