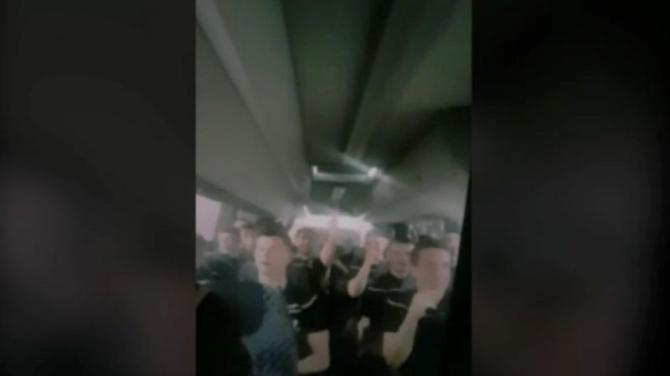 CALLS for a more meaningful and substantive apology from Tyrone GAA to the members of accordion bands who were the target of racist and sectarian chants from the county's senior squad have been made as the fall out from an unsavoury incident on Saturday night continues to gather momentum.

Locals MLAs have asked for "strong, clear, unequivocal condemnation" for what happened and questioned how the PSNI was handling the matter. The PSNI confrmed yesterday afternoon they were treating the matter as a ‘hate incident’and would investigate accordingly.

The bands mainly made up of young people from a community near Ballygawley, were taking part in an evening parade organised by the Lisgenny Flute Band. It was held after 8.30pm in order to prevent disruption to parishioners attending Mass.

It appears that the Tyrone team was en route home after defeating Cavan in their Round 4 All-Ireland qualifiers match in Clones when someone on the team bus started filming as the bus stopped in Aughnacloy.

During the footage an individual can be heard making reference to a "pile of f****** huns" as accordion band members passed the stopped bus.