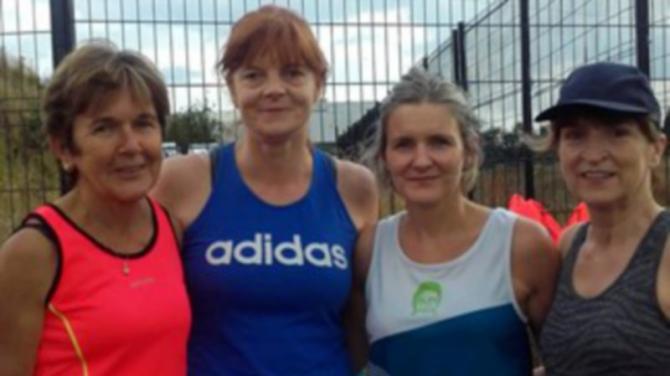 A mother and son from Omagh will be joined by a group of special friends as they take to the streets of Newcastle Upon Tyne this weekend to raise money for mental health charities and in memory of a beloved young woman.

Bernie McQuade, her son John, as well as friends Michelle O’Neill, Sinead O’Kane and Mairead Sweeney will line up alongside the likes of Sir Mo Farah as they compete in the Great North Run half-marathon this Sunday.

They are running in memory of Bernie’s daughter and John’s sister Niamh.

Bernie, Michelle, Sinead and Mairead - have raised almost £2,500 for Zest, and John has exceeded his target of £1,200 for Aware.

John, 23, a strong runner and a member of Queen's University Athletics Club, is currently a fifth year medical student and stresses that public mental health services are failing to meet the needs of the public.

"Having most recently lost my sister to suicide and also a cousin and uncle, I believe mental illness especially depression is a big problem in our society and doesn't get the attention it deserves. If it was a physical illness people would call it an epidemic," said John.

"Niamh was the warmest and most caring person you could meet. She always had a smile on her face and was up for a laugh.