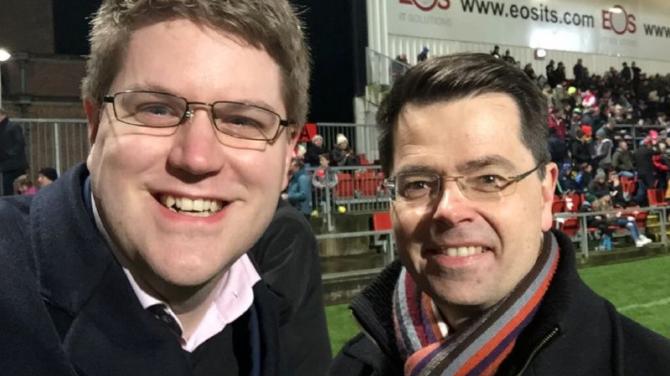 A 35-year-old man with family connections to Tyrone has just taken up a major post at Westminster as a top adviser to the new Justice Secretary and Lord Chancellor.

Peter Cardwell - a graduate of Oxford University where he read history and politics - has just begun work for just-appointed Robert Buckland QC MP at Westminster’s Ministry of Justice.

Not surprisingly, Peter's family are beaming with pride, including his grandmother, Mrs Ida McLaren, who lives at Moylagh Road, Beragh.

She and Peter's late grandfather Lexy McLaren, who sadly died in 2009, lived at Ballykeel, Sixmilecross for many years and he spent many happy summers there as a child around the farm before they retired to Beragh, where Peter has also been a very frequent visitor.

Peter's uncle and aunt Raymond and Hazel Millar own a farm at Newtownstewart and he has many other relatives in Sixmilecross, Omagh and the surrounding area.

In fact, Peter's mother, Sandra, also grew up on the farm at Ballykeel, Sixmilecross.