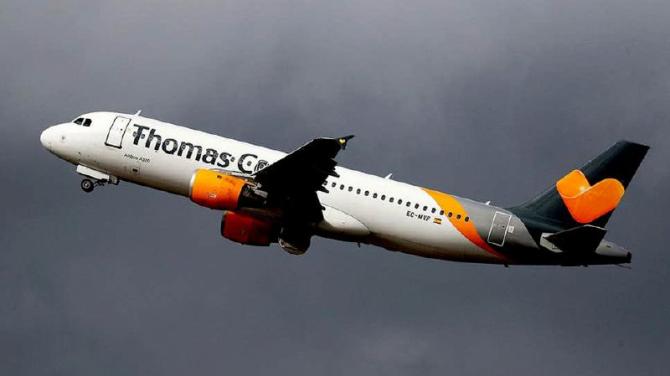 AN Omagh couple who had booked a wedding in Mexico in the new year have had their dream left in tatters by the announcement that Thomas Cook has gone into receivership.

The 178-year-old tour operator ceased trading at 2am on Monday morning, putting 20,000 jobs at risk worldwide, including those employed in the Omagh office on High Street.

The couple, aged 25 and 29, had been planning their special day with close friends and family for the best part of two years but have now been left heartbroken, without any answers and feel like they have nowhere to turn.

They were due to fly from Belfast to Cancun via Manchester on March 30 and had spent just under £7,000 on what would have been a dream wedding ceremony and honeymoon.

Now, however, the anxious couple have had to scrap their entire plans and look for a new destination – but without a refund from Thomas Cook they are left in a horrible situation with time running out.

“We don’t know who to turn to now,” said the bride-to be, who did not want to be named. She has been trying to contact various helplines since Monday morning but is yet to speak with anyone who has been able to provide any assistance.

“The entire wedding package was booked through Thomas Cook, the ceremony and everything. I have tried to contact the hotel but I didn’t receive a response. They have obviously cancelled our booking. We had everything paid for, just under £7,000 in total.

“We had the table decor sorted, the cake ordered – everything had been arranged.