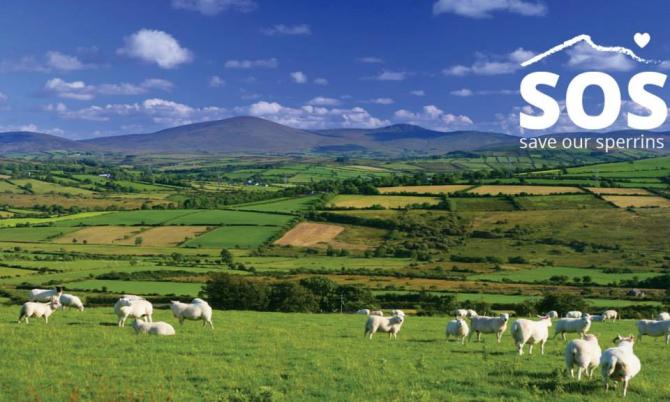 Anti-goldmining group Save our Sperrins have commended campaigners who held a protest at the monthly meeting of Fermanagh and Omagh District Council at the Grange on Tuesday night.

Furthermore, the organisation has condemned the actions of council officials who they claim locked the 'defenders and protectors' out of the building, 'blockaded the stairs' and called the PSNI.

Protests have been ongoing over the past number of years against the potential of a gold mine in Greencastle.

A statement read: "Save Our Sperrins commends the courage, patience and dignity of the defenders and protectors who held a peaceful protest at FODC Council office last night [Tuesday].

"The protest was in response to the council’s reluctance to make a decision on a motion which has been on their agenda for four meetings."

The item - which is classed as a confidential matter and cannot be reported on by press - was: 'To consider call-in of the decision taken at the Reconvened Council Meeting on 5 August 2019 regarding Judicial Review of the decisions of the Department for the Economy to issue Mineral Prospecting Licences to Dalradian Gold Ltd and Flintridge Resources Ltd'.

The statement continued: "Save Our Sperrins condemns the actions of FODC officers who locked the defenders out, blockaded the stairs to prevent them going up to the meeting and called the PSNI.

"Fortunately, at the end of the night, the PSNI showed some common sense and de-arrested the sefenders they had arrested five minutes earlier! De-arrest means 'to release someone who had been arrested, before they are taken to a police station and processed because it has become clear they are innocent'.

"Questions have to be asked as to why FODC does not seem to want to represent or protect the people of the area. Why has this motion been repeatedly put to the bottom of the agenda? What are they trying to hide?".