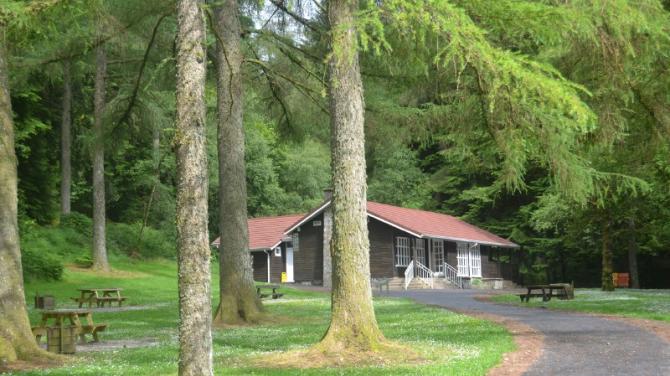 There are fears a former award-winning landmark building constructed over 50 years ago at the Gortin Glen Forest Park could be demolished.

The popular forest park has undergone a million-pound transformation recently, with the addition of 12km mountain bike trails and the opening of a state-of-the-art play area.

And now a council spokesperson has confirmed the cafe building, built in 1967, is "no longer fit for purpose as a catering outlet".

"This would include the replacement of the café building, that would be designed and developed in a style reflective of a Forest Park environment.

"The current building is no longer fit for purpose as a catering outlet. This and any future development will be subject to securing funding."

The building won a civic award in 1968 for great architecture in a forest landscape.

In a Facebook post, the Friends of the Glen said the "building still looks great in the forest park. As it is part of our local heritage it should be repaired and open again as a information centre and cafe".

Kevin Reid commented: "Albeit nearly 30 years since I was the Head Forester at Gortin, I recall it as a bustling place with kids enjoying ice creams on the steps in the summer and families clustering in front of the fire in the winter enjoying the cafe fayre. Good and happy times. Best wishes with your campaign - happy to lend support.

Margaret Spence wrote: "My brother took a lease on the cafe back in the seventies. I worked there on Sundays - it was very busy with locals and tourists who came by coach. It would be nice to see it up and running again."

And Roberta Kelly commented: "Always went to the Gortin Glens park as a child - picnics around the paddling pool and then up to the cafe for ice cream, childhood memories. It would be great to see it all opened again."