A controversial road scheme in Omagh has been completed 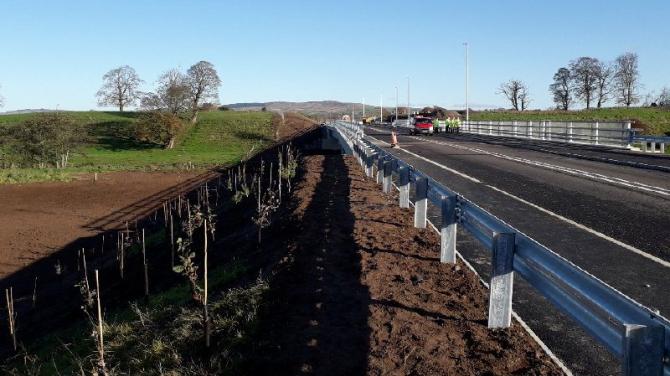 A controversial road scheme in Omagh which some local traders claimed had had an adverse impact on their business has been completed.

The new £7.5 million Strathroy Link Road, on the approach to Omagh from Strabane, is expected to open to traffic late this evening (Friday). The contract for its construction was awarded to local firm, Fox Contracts of Carrickmore in June 2017.

It will be of huge relief to local businesses most affected by the work, 'Toolbox' and 'AMCO Spar', whose owners claimed work between the new road and the Derry Road roundabout had cost them dearly.

"The completion of this road has been long awaited," said Omagh town councillor Barry McElduff. "It will make a difference, keeping traffic on the move and will be a great convenient for both motorists approaching and leaving Omagh.

"Undoubtedly the work that has taken place has caused inconvenience for a number of businesses in the area, who were understandably quite vocal about their situation and received support of local elected representatives on a cross-party basis.

"Hopefully now the opening of this road can lead to the enhancement of businesses in the area.

"In terms of the wider congestion in Omagh, the development and completion of the A5 remains key. In Fermanagh and Omagh District Council we have taken steps to reignite the A5-M2 cross-border group."