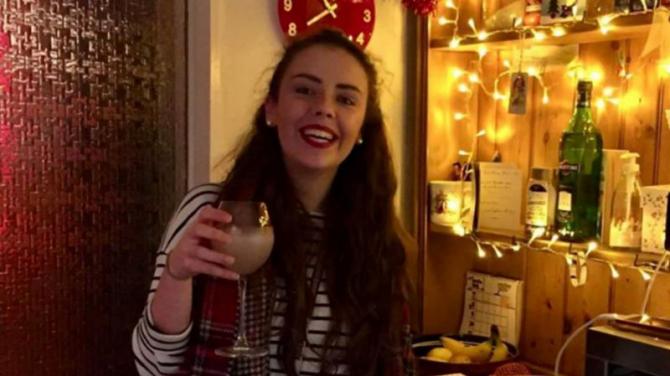 The family of the late Kyra McKinley are delighted to announce they have raised £115,500 in her honour - an amazing total that will keep the Air Ambulance NI operational for 21 days to mark the fact the Omagh woman was 21-years-old.

Kyra - a talented artist, photographer and singer - tragically lost her life in a recent road traffic accident in August 2018, but since that time family and friends have been spearheading a fundraising drive for the air ambulance service who were so helpful to them on such a difficult occasion.

Under the name of 'What would Kyra do?', the fundraising drive has been an incredible success. Sparked by the 'Kuppa for Kyra' event at Gillygooley Orange Hall - an event which raised almost £11,000 - family, friends and members of the local community have held various fundraisers to generate this eye watering total.

It takes £2 million a year - £5,500 per day - to keep the Air Ambulance operational in Northern Ireland and it was the family's initial target to raise money just to cover the helicopter's expenses for the tragic day it was used to help Kyra.

But so generous was the community, the family readjusted their goals to reach £115,500.

"We are really, really humbled by the response and by how generously people have given to keep that helicopter up there," said Kyra's father, Raymond.

"We initially set out to raise money to cover the helicopter for the day that it came out to Kyra, but with the response we received and the passion that we have for the great job the Air Ambulance does, we just kept on going.

"People did not realise just how much it took to keep that helicopter in the sky.

"People kept coming to us asking if they could organise the events and we couldn't walk away from it.

"As we progressed on the journey we set a target that we would keep the helicopter flying for 21 days for 21 years of Kyra's life and we just achieved it at Christmas.

"We knew we would achieve it - but not in the timescale that it has taken. We were committed to raising the money but we felt it may be two years down the line."

It wouldn't have been possible without the help of the local community.

"We would like to express thanks to volunteers, to all those who organised events and those who have generously donated to the events, as well as businesses who have got behind us," said Raymond.

"People are starting to realise the importance of us keeping that helicopter funded. At the end of the day, it's a service for everyone.

"We don't intend to walk away from the charity. We may not be as intensive in our efforts, but we will still be there to support the Air Ambulance, to raise money and awareness, to educate other people of its importance.

“Without people raising money for the air ambulance, it could disappear. That’s the frightening thing.”