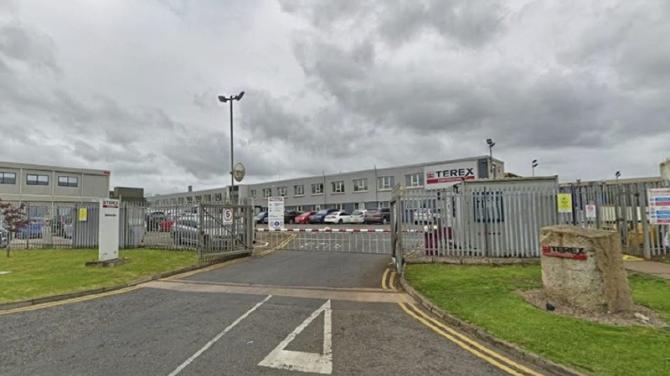 The firm specialises in the design and manufacture of materials handling machinery for quarry, mining and recycling sectors.

US-owned Terex, which employs around 1,800 people in Northern Ireland, has notified officials at Fermanagh and Omagh District Council of its intention to build a new factory on a six acre site next to the A5 in Omagh.

Located across the road from the engineering firm’s existing plant in the north-west of Omagh, the greenfield site lies right beside the busy Derry Road roundabout, which links the Great Northern Road bypass in Omagh to the A5 Beltany Road.

Commenting on the plans, a spokesperson for the US group said: “Omagh, and Northern Ireland as a whole, has become a prime location for Terex due to its talent pool possessing the capabilities to manufacture high volumes of our best-in-class products and also key infrastructure that facilitates smooth exporting of equipment to the Republic of Ireland, the UK and beyond.”

Lee Hannigan, senior planner at consultancy firm Turley added: “We are pleased to be involved in bringing forward these proposals to expand Terex’s presence in Omagh.

“We will shortly begin engaging with the local community and statutory agencies to capture much-welcomed feedback on these plans before the planning application is submitting to Fermanagh and Omagh District Council.”

Details of the factory plans are due to go on display in the Silverbirch Hotel in Omagh on February 5.