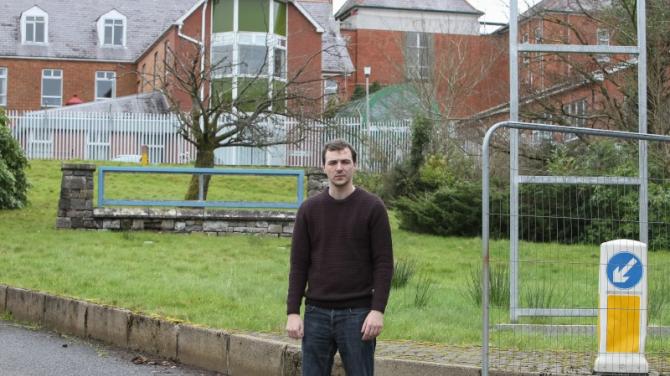 The Western Trust are working to finalise the sale of the former Tyrone County Hospital site in Omagh.

The former hospital was placed on the market in June of last year, and following a period of engagement with interested parties, a prospective purchaser has agreed to buy the site.

It is anticipated the sale will be complete in the 2020/21 financial year, subject to the signing of a contract.

A spokesperson from the Western Health and Social Care Trust said that solicitors from the Trust are currently working to finalise the contract of sale.

The identity of the prospective buyer owner and price for which the extensive 19.79 acre site, which includes the buildings of  150,000 sq ft, has yet to be revealed. The sale is being conducted by Lisney Estate Agents, Belfast.

Tyrone County Hospital was the main hospital in Omagh, County Tyrone, Northern Ireland, and occupied the same site in the town from 1899 until it closed to new patients in June 2017. It was then replaced by the newly built Omagh Hospital and Primary Care Complex.

Speaking on the news, Omagh town councillor, Chris Smyth, said that the sale of the old Omagh Hospital site would represents “good news” for many.

The councillor said: “The site was an eyesore for local residents and was costing the Department of Health a fortune to protect and maintain. We recently heard that the public purse had been billed over half a million pounds and that figure is likely to have risen since the figures were uncovered.

“I'm extremely pleased that my party colleague Robin Swann, the new Minister for Heath, has announced the sale of the building and will be urging both him and the Trust to ensure that money from the sale is pumped back into the critical services that are in such dire need of it.

“While the buyer of the site is yet to be announced, I also hope that the new development is one which provides benefits for the people of Omagh and hopefully this will represent the lifting of a burden upon the public purse being transformed into an asset for the town at large.”

Local DUP MLA., Thomas Buchanan, welcomed the news, but said the sale of the hospital, which has profound historical significance, will be “tinged with sadness” for many.

“I welcome the fact the there is a purchaser found for the old hospital site. Over the past few years we have seen the amount of money that has been coming out of the Western Trusts pocket for security and upkeep. This takes a significant burden off the Trust,” he said.

“While it is welcome, for some people its tinged with that sadness, given the length of time that the service was there. Many people can look back to how they were helped at the hospital, and doctors, nurses and health service staff will have fond memories there of the many years spent there.

“Overall, the sale of the hospital brings improvement and will no doubt create job opportunities within the construction industry for people in and around the Omagh area.”