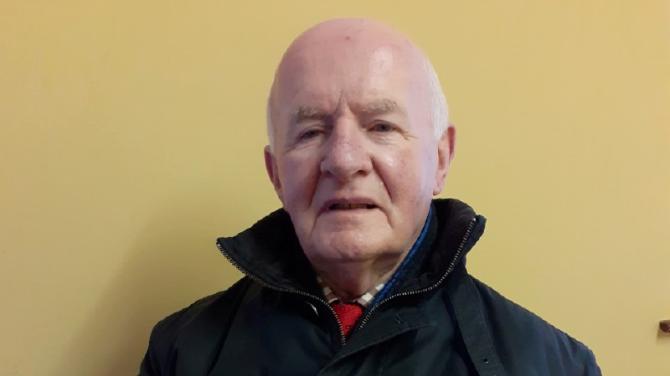 A former Omagh firefighter, who was at the front line of atrocities such as the Omagh bomb, has recounted his experiences of serving during the Troubles as part of a new book.

'Firefighters during the Troubles', by John Wilson, is a collection of interviews with 30 men and woman in the fire service, and control room staff, during the conflict.

Each has their own story to tell, having experienced first hand the worst excesses of a conflict which spanned some 30 years.

The experiences of Omagh man and firefighter of 25 years, Paddy McGowan, are particularly poignant.

Mr McGowan witnessed the county's worst atrocities such the Omagh bomb and the Ballygawley bus bomb, and he was at the scene of the Knock-Na-Moe Castle Hotel tragedy, where five soldiers were killed.

Mr McGowan, who is a former councillor, was awarded an MBE for his service at the Ballygawley bus bomb. He would later be named High Sheriff of County Tyrone and Justice of the Peace (JP).

And while he said recounting the trauma of his experiences for the book was emotional, he stressed that the actions of heroic fire fighters cannot be forgotten.

Mr McGowan said: "This is a very valuable book, as it's contents covers the six counties of Northern Ireland, and most every fire station. There is hardly a station that is not mentioned, and the book covers many of the terrible atrocities that firefighters had to deal with.

'Firefighters during the Troubles' is just one of a number of recent titles from various authors exploring in various professions during the conflict, including news reporters, photographers and members of the Royal Ulster Constabulary (RUC). The latest book is an important addition to works about experiences during the conflict.

According to Mr McGowan, at the time of the Omagh bomb he had retired as a firefighter and was working as district manager of Ulsterbus. However, as the atrocity unfolded, he said he reverted back to being a firefighter for a number of hours - and his quick thinking would save lives.

"I was district manager of Ulsterbus at the time of the Omagh bomb, and I remember it clearly," he recollected. "I was coming into town on the Mountjoy Road when the bomb went off, and I assure you, I knew it - cars lifted off the road and windows were cracked and broken.

"Emergency services hadn't yet arrived. There was debris everywhere. With so many people injured, I couldn't comprehend how many ambulances it would take to get them to hospital. In the midst of the chaos I saw an Ulsterbus. I immediately instructed the driver to take the injured to hospital. The bus was soon filled, and those who lost limbs were carried onto it. Three buses were filled in total.

"It was a massive help. The buses contributed a great deal and the saved lives. At the time I had retired as a firefighter - but for a few hours I was still in it."

Other traumatic incidents are also etched in Mr McGowan's memory. One of the first very first tragedies he went to as a firefighter was a bomb at the Knock-Na-Moe Castle Hotel, Omagh in 1973, where five off-duty soldiers were killed.

"I remember it well. It was a frosty night and the dance was over when the bomb went off. There were pieces of bodies blown onto trees, and pieces of bodies being put into plastic bags. This was our first experience of pieces of bodies, but we had many more. This is an atrocity that can never be forgotten about.

"I was with the other crew and in charge of Ballygawley road bomb. I was awarded an MBE on honours list for this.

"Overall, it was emotional putting this down in writing, but these stories cannot be forgotten. These incidents impacted so many."

'Firefighters during the Troubles' is available at all good bookstores, priced at £12.99. The author, John Wilson, was a firefighter from 1981 - 2011, and was development producer for he TV documentary 'Firefighters on the Frontline', broadcast on BBC NI.