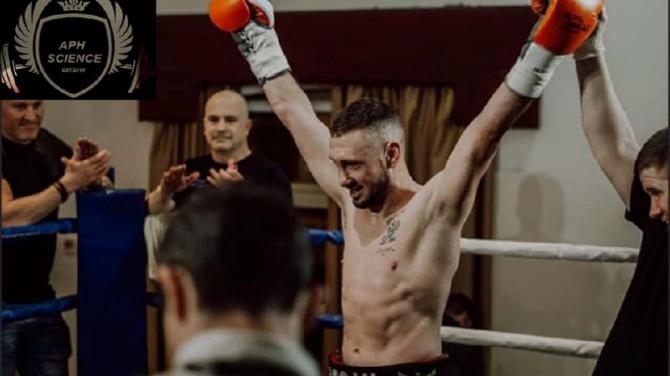 This week's sports headlines have been dominated by Tyson Fury, the two-time world heavyweight champion whose remarkable comeback to top level boxing after a battle with depression and drug addiction was complete with a stunning victory over Deontay Wilder on Saturday night.

But locally, Ben Mulligan, from Fivemiletown, has his own comeback story; from having battled cancer only five years ago to claiming the WBN World Lightweight title earlier this month.

Ben, 33, was diagnosed with skin cancer in 2015 after finding a lump on his head, threatening to bring a promising boxing career to an end prematurely.

But brave Ben recovered from an operation the following year, and with fresh hunger and a burning desire, the former St Ciaran's College, Ballygawley, pupil went on to win four titles, with the cherry on top coming in Belfast with victory via stoppage over Thomas Murray.

Ben put his opponent down with a body shot and the referee then called time on the fight after another flurry of punches.

"Tom turned professional around the same time as me," explained Ben. "He is really good on his feet and I knew he would be difficult to pin down. To be honest, I didn't think it was going to be an early night, I thought it was going to be a hard, hard fight. I could maybe have seen a points win, but 100 per cent I didn't see it ending at round three.

"I couldn't believe it. It will probably sink in what I have achieved in a couple of years when I have finished completely with boxing. It's unbelievable."

It has been quite the journey for Ben. When he first discovered the lump, he had been sparring with the likes of Carl Frampton on a daily basis.

But when he noticed this particular lump hadn't disappeared for some time, he visited his GP and when he received the test results, the diagnosis came back that it was skin cancer.

"I hadn't realised how much I loved boxing and general training until I wasn't fit to," said Ben. "I didn't do much for six months and you don't realise how good training is until it's taken away from you.

In the aftermath of his operation, Ben hadn't boxed competitively in two years but marked his return to boxing by winning the Celtic title and the Fivemiletown man hasn't looked back since.

"To get that opportunity [after cancer], I wanted to make the most of it," Ben said.

"I had a real hunger, a real drive to get back. I'm just stubborn.

"Opportunities kept coming after the Celtic title win and I kept taking them. To be honest, this is just a dream now. From nine or 10 years of age, I have dreamt of being a world champion, like every boxer."

Now that Ben has all the titles he had craved, he must consider his next option, but if this was to be his last fight, he certainly will have gone out on a high, particularly after all he has been through.