CORONAVIRUS: 'Exceptional and unprecedented times' lead to closure of Fermanagh and Omagh courts 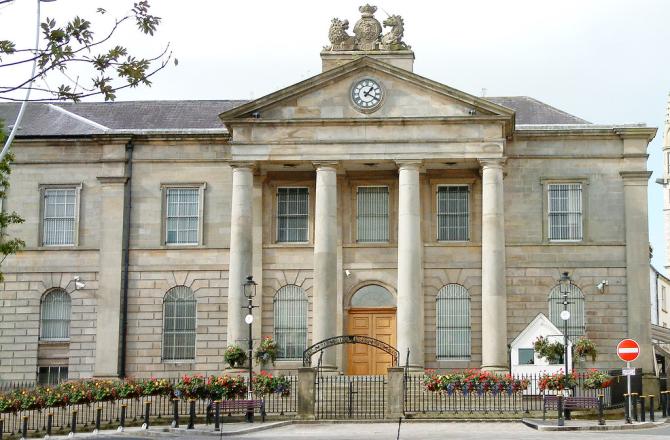 All business at Fermanagh and Omagh courthouses is to cease as part of ongoing measures to curtail the spread of coronavirus.

In a widespread closures of courthouses announced by the Lord Chief Justice, Sir Declan Morgan, just five will remain operational until further notice, although the majority of existing cases will be adjourned, provisionally for eight weeks.

Since the beginning of March, the Chief Justice has been monitoring the situation and providing updates on guidance, while warning of further “rationalising” as coronavirus continues to grip Northern Ireland.

Efforts were underway to balance the risk to staff and public against the requirement for justice.

But over the course of just five days, initially precautionary steps were ramped up significantly culminating in an announcement to close down many courthouses and consolidate all business into just five, and with minimal numbers present and social distancing strictly observed.

Last week, the Chief Justice issued guidance on keeping numbers low in courtrooms, and relaxed requirements for defendants to be present.

The next update reduced cases to emergencies, first appearances/remands and bail applications for persons in custody who had served the maximum sentence an offence attracted while on remand.

Courts became eerily quiet, with an absence of defendants and many legal professionals taking the decision not to appear.
Cases were in general adjourned, provisionally to dates well into April, and while video-links ran as normal, quite a few had no legal representatives. Some lawyers had communicated directly with the court in advance, advising on applications or their clients’ instructions.

On Friday, March 20, it was confirmed all inquests and coroners’ courts were postponed until further notice, but will be kept under review.

Then on the afternoon of Monday, March 23, issued further instructions were released by the Chief Justice, that any cases requiring physical attendance, must be restricted to a maximum of 10 persons in the courtroom.

It was explained following consultation with judges, court staff and members of the legal profession, additional measures should be introduced to allow courts to continue to function as normally as possible while at the same time, reducing the number of individuals required to attend.

Taking into account updated advice from the Public Health Agency, the Chief Justice indicated the new guidance would be introduced from March 30. Cases would be dealt with remotely, by email, telephone or Skype. Where a court based hearing was required, and it was safe to do so, the judge may limit the number of persons present.

This was to permit judges to continue managing cases, to be in readiness for hearing when court business returns to normal or deal with issues that may arise. Judges will identify priorities, taking account of the availability of resources and the practical arrangements that can be implemented safely.

But later that day, following: “restrictions announced by the Prime Minister” the Chief Justice declared as of Thursday, March 26, all business will be consolidated into The Royal Courts of Justice, Laganside, Craigavon, Dungannon and Londonderry Courthouses. Only urgent matters are to be addressed by a court hearing determined by the relevant judge, until further notice. All other matters will be determined by a judge without a hearing.

The default position is to adjourn all other matters for eight weeks.

The announcement concluded: “These are exceptional and unprecedented times. This updated guidance applies until further notice.”