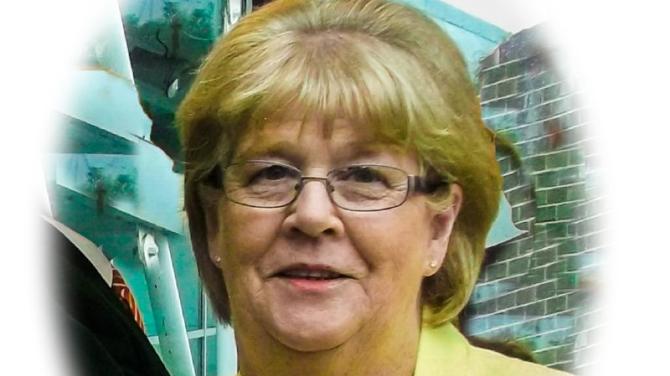 THE heartbroken family of the late Martina McCarron, a much loved Fintona woman, who passed away after contracting COVID-19, have paid tribute to a ‘wonderful mother’.

Having worked as carer in the community for over 20 years, the high regard in which Mrs McCarron was held was evident on Thursday afternoon, as friends and neighbours, adhering to social distancing, lined the route as a mark of respect, as her remains were taken from the family home to her final resting place in St Lawrence's Cemetery in Fintona.

A native of Derrynoyd, Draperstown, Co Derry, she had been living in Fintona since 1976 when she married her devoted husband Packie.

She was married to Packie for 44 wonderful years and they have four children together, Seamus, Paul, Kevin and Mary.

"Martina was a wonderful mother and everything she did completely revolved around her children and husband Packie," her family said.

"We were mum's priority at all times and she constantly put herself last to ensure we were all happy and was happy to do this.

"Mum never once looked for anything in return and she would act flippant if you tried to thank her."

Family was everything to Mrs McCarron and she doted on her seven grandchildren and two great-grandchildren, often taking a week off work in summer to fully enjoy their company.

"I’d dare say the best part of the holidays for the children was when mum made her famous French Toast, they could never get enough.

"Mum had a deep love for her parents and siblings. She would often return to her home place to care for her late mother Nellie, and she relished getting to spend this time with her.

"An added bonus of returning to care for her mother would be getting the chance to meet up with her siblings for a Brunton's 'cards night'. She developed this love from her late father Mick and the nights would be filled with yarns and laughter, which sometimes meant more talking than card playing taken place!"

Mrs McCarron worked as a carer for over 20 years with various companies, the most recent being NW Care and she was so passionate about her work.

"She had a fantastic sense of humour and really enjoyed making the people she cared for giggle to forget whatever pain they were in,” continued the family.

"She was such a caring lady that she went above and beyond the call of duty.

"She got to know the people she cared with on a personal level to the point where she would ring them to ensure they were ok as she was genuinely worried if they were ill or members of their family were going through something difficult.

"She counted the people she cared for as family and was always ready to lend an ear. On endless occasions mum would visit her clients as friends out of hours to ensure they were ok or to deliver a gift that she thought they would like.

"Due to being a carer mum became greatly loved and respected by the community of Fintona and the surrounding areas and everyone thought very fondly of her."

"She enjoyed helping the community beyond home help as she previously made funeral dinners and cleaned the church. She enjoyed anything that could be done behind the scenes."

The McCarron family would like to take this opportunity to thank the staff in the high dependency unit of South West Acute Hospital "who cared for mum and to all frontline workers who are currently putting themselves at risk."

In Mrs McCarron's memory there are donations in lieu of flowers to “Cash for Scrubs Omagh & Fermanagh Area” c/o McAtee's Funeral Directors.