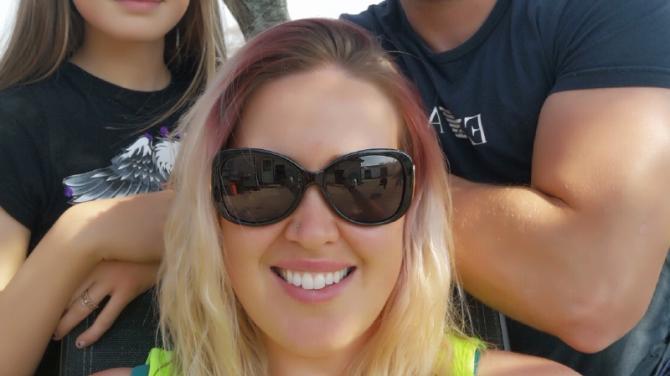 With pubs and nightclubs closed, weekend party-goers have been left scratching their heads on a Saturday evening as they try to fill the void.

In a bid to bring the feel-good factor into people's homes, Omagh woman Nicola Moody is using the power of Facebook live to play some of the best tunes of the '90s to those missing such old-school anthems.

And Nicola knows a bit about disco music. The granddaughter of the former Utopia owner, Phil Ewing, Nicola worked at the popular Omagh nightclub in its heyday. A talented singer, Nicola also starred in the Footsteps of Heroes musical at the Strule Arts Centre a number of years back.

"I have always loved music from an early age," said Nicola. "My daughter Nicole is the same, so we decided to go live on Facebook one night to try to lift people's spirits.

"I just love singing and dancing and messing about. I see the effect good music has on people, it's like a tonic."

The first night proved so popular that the Moody's have decided to hold the event every Saturday night. Thousands of people have been tuning into Nicola's live disco stream - which runs from 10pm to midnight - and has attracted viewers from Omagh, and places like Kenya, India, Scotland and England!

"I am playing old house music, such as Scooter, and some happy hardcore stuff! Some mixes too. It's the music that we would have listened to when I was 18 or 19 but we throw some modern stuff in too to mix it up.

"My daughter Nicole dances and sings. She's a good wee singer and was in Omagh High School's musical. She was a bit dubious at the start - it may not be seen as cool to have a disco with your mum - but it has really lifted her. She loves it now too. Martha, my other daughter is two, loves to get involved as well, even though it's a late night for her! She loves to dance in her pyjamas!

"After the first week of doing it, people have been messaging me saying: 'I hope this is going to be a regular occurrence'. And people have been sending through song requests. The feedback has been really positive and I have even been asked to do a disco once this is all over.

"My husband, Neil, used to have a burger van outside the Utopia called 'Good Mood Food', so a lot of people have been asking are we going to deliver burgers as well!"

The party-goers no longer have to scratch their heads; just load up Facebook and get your dancing shoes on!