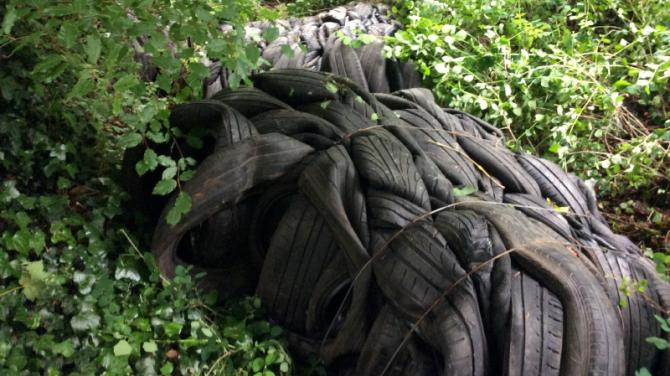 The dumping of tyres at a beauty spot in Tyrone has been described as 'disgraceful'.

A local man, who did not wish to be named, discovered the tyres while out enjoying a walk at Seskinore Forest. He said the tyres were dumped close to the Church of Ireland on Thursday of last week, although it is understood they have since been removed.

This is just one example of flytipping and dumping in the locality in recent weeks and Mid Tyrone councillor Bert Wilson is growing increasingly frustrated with the culprits.

"Seskinore Forest is one of the natural beauty spots in our area and a lot of local people thoroughly enjoy the walkway," said Mr Wilson. "It's a total disgrace that people decide to dump their rubbish in an area such as this, especially tyres.

"I would ask that anyone in the area who sees this type of behaviour reports it to Fermanagh and Omagh District Council. This kind of behaviour needs to stop immediately."

Mr Wilson said Seskinore Forest Park is used by not just the people from the village but also from Omagh and many other parts of the locality.

"The last thing anyone wants to see when they are out enjoying a walk is a load of dumped tyres. To treat this area in this way is just not good enough."

Mr Wilson said the ratepayer would ultimately pick up the bill of council clearing up such a mess.

"The amount of money the council has to spend tidying up waste is substantial. People need to catch themselves on, because at the end of the day - if they are house owners - it is them who will pay for the clean-up."