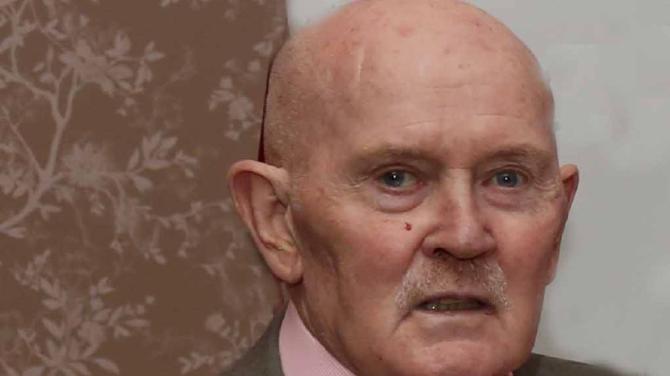 Tributes have been paid to the late Harold Montgomery, one of the founding members of Dergview Football Club.

Mourners turned out in large numbers as he was laid to rest two days later. The funeral cortege made its way to Castlederg town centre, to Young Crescent and on to Castlederg New Cemetery, where friends and neighbours showed their support to the family and pay their respects.

Mr Montgomery was a loyal servant of the club over many years. He served the club as a player, committee member and leading officer and was instrumental in the club's progress and development over many years.

"Despite his deteriorating health his sound advice was always greatly appreciated even up to very recently when plans were being made to celebrate the club's 40th anniversary," said Harold Baxter.

"I knew Harold as a person who was funny, well informed and always friendly. He played a lot of football in his earlier days for Edwards PS, Portstewart FC, Mourneview Celtic FC and Dergview FC. He also coached Dergview Youths at one time. He was a master of shielding the ball and then laying it off for someone else to 'stick it in the net'.

"His main employment was as a probation officer and he had travelled to many countries while learning how others managed young people who had got into trouble for different reasons.

"Harold will be missed by many people far and wide. To all his family and friends can I say that I enjoyed Harold’s company and will always think of him."

Mr Montgomery is survived by his children, Kerri (Ricky), David (Charlene) and John (Bec) and his wider family circle.