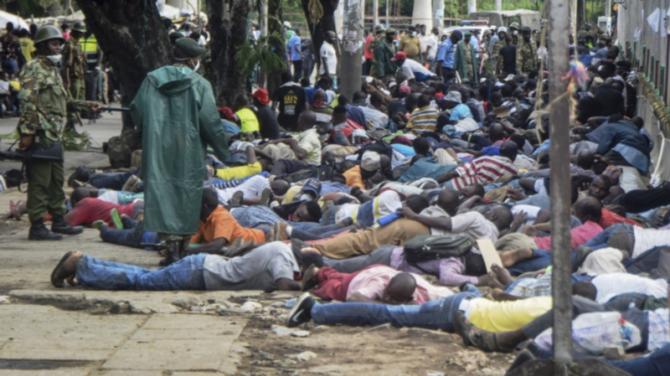 AN Omagh man who witnessed unbearable living conditions after becoming stranded in South Africa during the strictest of lockdowns has pleaded for the people of Omagh to wear face masks.

Sean Sheridan travelled to the KwaZulu-Natal Province of South Africa to visit his wife's family and while there, he continued work on a long-term project to replace shacks in a nearby shantytown with low-cost social housing using modular building techniques from Europe.

Their trip, however, soon "descended into chaos" when coronavirus spread in March, restricting travel in and out of the country.

Sean fell seriously ill and spent two weeks in a private hospital, suffering from pancreatitis and sepsis, spending time in ICU in a private unit.

Thankfully, he was able to make a recovery and last week he was finally able to make it back to Omagh via Amsterdam - but despite taking three flights Sean and his wife were not required to quarantine on their arrival to Northern Ireland.

Speaking to the Tyrone Constitution, Sean admitted he was relieved to be back in Omagh having lived a nightmare for four months. However, he is quite concerned with how relaxed some people are about the pandemic in his hometown.

"The curfew was introduced from 8pm to 5am - and you were only allowed out from 6am to 9am to exercise," said Sean.

"The curfew was rigorously enforced by the army and police using sjamboks, thick heavy whips made from the hides of rhinos with which they would beat anyone in breach.

"Their biggest fear is not Covid, but malaria, TB and there are seven million who are HIV-positive and they live in these dreadful conditions. The people in the townships and settlements obviously cannot abide by social distancing.

"Getting out of the country was most difficult. We registered with both the UK and the Irish High Commission in Pretoria.

"Fortunately we got a couple of seats on the plane, so Saturday week ago we made our way to Johannesburg and we needed a special pass called a Laissez Passage to fly from one province to the other.

"Apparently an hour after we arrived at the airport there was an armed robbery, with four people dead and eight injured. We just missed that."

The couple then travelled from Amsterdam to Dublin, but Sean was surprised that they didn't need to self-isolate on their return to Northern Ireland.

"I just thought it was a load of rubbish because I've just been through two provinces in South Africa where there are high incidences of Covid-19. It's just a bit silly, really."

"If you go out without a mask in South Africa you will be arrested - it's as simple as that. Even the poorest people are wearing masks, that's how frightening it is.

"Very few people are wearing masks in shops here - and it's like, you don't know what's coming around the corner.

"It is hugely disappointing because we came from a third-world country where everyone wears masks, whereas over here, it's almost as if people cannot be bothered. I think it is a bit disappointing to say the least.

"It's out of courtesy and common sense to wear a mask. It's nothing to do with you, it's the person that you come into contact with, particularly in shops."

And though Sean is delighted to be back in Omagh, the people living in such depressing living conditions in South Africa will leave a lasting memory.

"Unemployment is increasing dramatically in South Africa," he said. "The level of crime is incredible - there are break-ins all over the place - and it will continue to increase. They don't have the benefits in the same way we do."

Sean and his wife made up food parcels to help those less unfortunate, made up of sliced bread, cheap luncheon meat called Poloni, bananas and apples, small cartons of juice and boiled eggs.

"There are quite a few people on the side of the road begging for food - they're not asking for money, they just want something to eat.

"There was one young boy, about six or seven-years-old, who we came across. He wasn't wearing any shoes and was covered in muck and dirt. I handed him a food parcel and he just started eating his sandwich, began to cry and walked off. I just thought I have grandchildren that age.

"He's just one of many, sadly. You see youngsters, mothers and daughters, just standing there begging for food.

"You go down the town here in Omagh and there are a number of charity shops - but over there it's nothing like that. We are blessed and we don't know it."