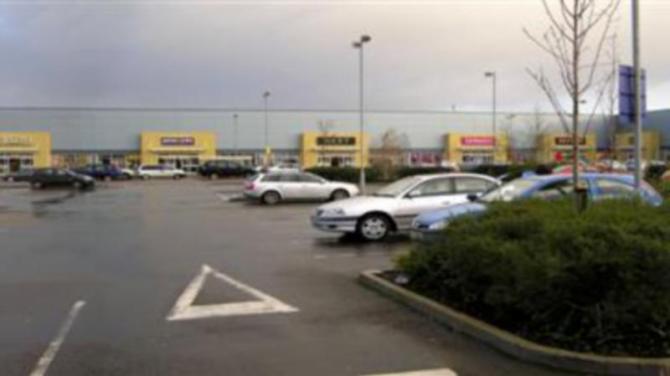 Parking restrictions at the Showgrounds Retail Park at Sedan Avenue in Omagh should be suspended during the coronavirus pandemic, a West Tyrone MLA has said.

Tom Buchanan, of the DUP, was speaking out after a man had travelled from Fivemiletown to spend an afternoon shopping in Omagh just days after shops had been given the green light to reopen after lockdown only to receive a £60 parking fine.

It appears Peter McIntyre had parked his vehicle longer than the cut-off time at the popular shopping location on July 23.

"I have parked at the Showgrounds various times but on this occasion, I suppose I had parked longer than usual and had walked up to the town," said Mr McIntyre.

"I never realised there was a limit - and the letter I received didn't specify what was the limit was," he continued. "I don't remember seeing any warning signs."

Mr McIntyre had spent "a couple of hours" at the shops in the vicinity at the Showgrounds and then made his way to the town centre.

"I was annoyed about the fine. I didn't realise there was a restriction and if I had, I would have moved the car. I think there needs to be clearer signage in the area."

Mr Buchanan said: "We have been looking to get trade into Omagh, to re-stimulate the economy and to get businesses up and running again in the midst of this pandemic. And then to have a situation like this arise, it really puts a dampener on things.

"I think it's time that the companies issuing the fines show a little bit of flexibility - rather than doing something that is detrimental to getting the economy moving again.

"This is the last thing that people who are visiting Omagh need - they may well think about visiting again. This particular individual is sitting in the midst of Enniskillen and Dungannon, and yet he chose to come to Omagh and to have an experience like this is just not on.

"Time and time again, businesses and shoppers are saying that parking is a big drawback.

"I'm calling on these people to hold back and suspend fines at this time, even if it is for a few months, until people are comfortable getting back to the shops."