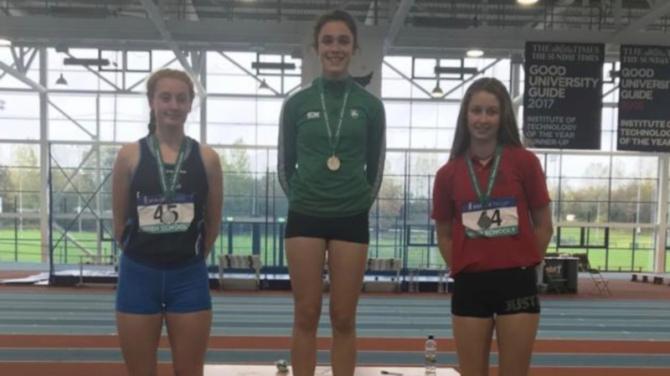 Representing her school, St Ciaran’s, Ballygawley, Molly had to work hard to make the podium.

Lying in seventh position after hurdles and long jump, Molly then threw a personal best of 11.63m in the shot to jump to second position.

She dropped to third after the high jump but then won the 800m to finish in second overall. Having been out injured until mid-August and missed the majority of the track and field season this year, Molly was over the moon to make the podium.

She has now been rewarded with a place on the Irish Schools’ Athletic team heading to the International Combined Events competition in the Emirates Stadium, Glasgow, on the November 3.