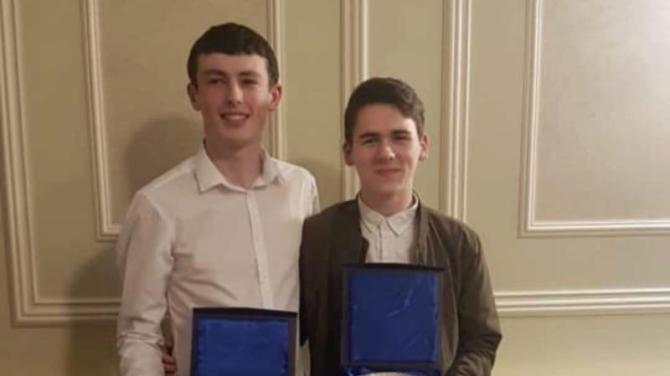 TWO of the most talented young athletes in the Omagh district have been honoured at the Ulster Athletics Star Awards.

The remarkable achievements of Jack Moore, of Carmen Runners, and Sorcha Mullan, of Omagh Harriers were recognised at the ceremony, held in the Four Seasons Hotel, Monaghan, last Friday.

Sorcha, meanwhile, was honoured for her outstanding performances over the last 12 months in the 16-19 female age group.

Sorcha has had success at county level in track, road and mountain running right through to winning a bronze medal at the British and Irish Mountain Running Championships.