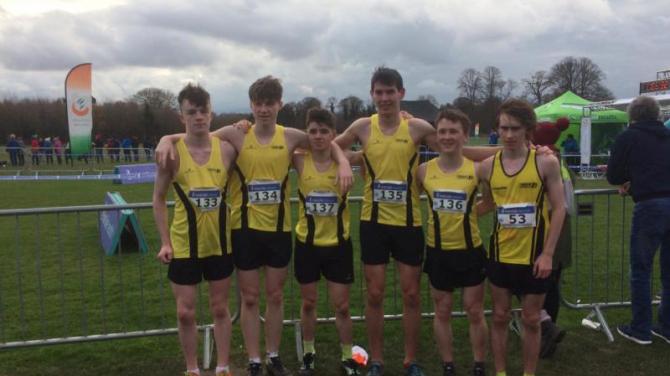 WELL done to all the Omagh Harrier Juniors who took part in the AAI National Even Age Group Cross Country Championships which were held at the Sport Ireland National Sports Campus in Abbotstown on Sunday.

Sorcha Mullan had an exceptional run in the Girls Under 16 4,000 metres helping her Ulster team to take second in the All Ireland inter provincial championships and win a much coveted inter provincial silver medal.

Sorcha showed great determination during the race working hard over the hilly and muddy course to run away with yet another medal to add to her ever growing collection.

Ella Quinn, also racing over 4,000 metres in the Under 18 Girls event, left the championships with a bronze medal as part of the Girls Under 18 Ulster team scoring in the inter provincial championships.

This is a fantastic achievement for this aspiring young athlete who is just back to full training after having missed some vital sessions due to injury and Ella was also the third Ulster athlete to cross the line which is another big bonus for her.

It was a fantastic achievement by the Omagh Harriers Boys Under 18 team to finish eighth at the All Ireland Championships, it was great to see the boys working as a team out on the course and with some of the young lads moving up an age group it shows they as a team have a lot of potential for the future. The team was Matthew Neill, Oisin McGuigan, Sean Diamond, Darragh Ward, Tiernan Devine and Aaron O’Hagan.

Also racing over the weekend at the Malcolm Cup Cross Country in Ballyclare, Omagh Harriers were very well represented by the talented Ciara Largey and Lucy McDermott with both athletes putting in fine runs over the fast, flat and difficult course.