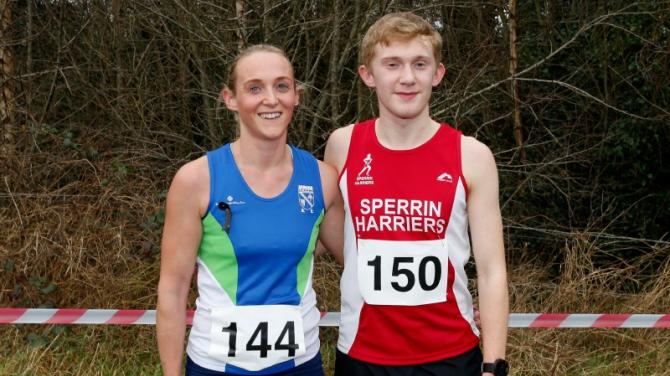 The event in its inaugural year proved to be a great success with Andrew Newell emerged as the winner from a field of almost 150 participants.

The event took place on Saturday, December 29, on a beautiful mild winters morning, starting from the 3G Multi Use Sports Pitch at Roughan, Augher.

Andrew had a winning time of 17min 18sec and was followed over the line by Ian Davis in second place and Cathal Armstrong third. In the ladies section Natalie Hall was first home in a time of 19min 20sec followed by Irene Clements and Julie Willis.

In the Junior section; the boys winner was William McCausland followed by Jenson Alexander and Jason Jordan. The junior girls winner was Eden Davis, followed by Lilly Campbell and Alexandra Condy. The special fancy dress prize went to David Mulligan.

A spokesperson for the Fivemiletown District Orange who organised the event commented: “The good weather certainly assisted in bringing out a good number of both runners and walkers in what is our first time to organise such an event.

“We would like to thank all who took part and trust that everyone enjoyed the event. Given the positive feedback we have received following the event, there is already talk of making this an annual event.”

Full page of photographs in this week's Tyrone Constitution...