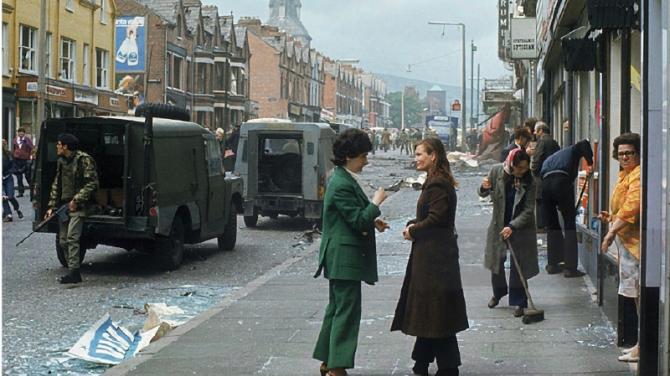 A new book entitled 'Reporting the Troubles' is out tomorrow, Thursday, September 20. It features over 65 renowned journalists, including four former Tyrone Constitution reporters, as they tell their stories of working in Northern Ireland throughout the Troubles.

The result is a compelling account of one of the key periods in recent history – a book in which the journalists write from the heart about their personal experiences.

Former Tyrone Constition reporter Deric Henderson and friend, Ivan Little, well-known to television viewers and as a newspaper reporter,  compiled the recollections by journalists of events and encounters that made a lasting impression on them. The resulting book will make a lasting impression on their readers. It contains accounts of death and life, of loss and survival, of heroism and cowardice, all of which in the aggregate convey the swirl of emotions experienced by those who lived through the Troubles.

Mr Henderson is the former Ireland editor of the Press Association, the national news agency for the UK and Ireland. He previously worked for the Belfast Telegraph after beginning his career with the Tyrone Constitution in his home town of Omagh.

He is the author of the best-selling book, 'Let This Be Our Secret', on which the award winning ITV series, 'The Secret', was based. He is a former winner of Northern Ireland Journalist of the Year.  He is married with two sons and lives in Belfast.

Other former Tyrone Constitution journalists who contributed to the book include Ray Managh, now a freelance High Court reporter in Dublin, previously at the News Letter and the Irish Independent; Ivan McMichael who was a reporter at the High Court in Belfast, previously at the Sunday Express and Belfast Telegraph and John Irvine, a television news journalist, and the principal ITV News overseas journalist.