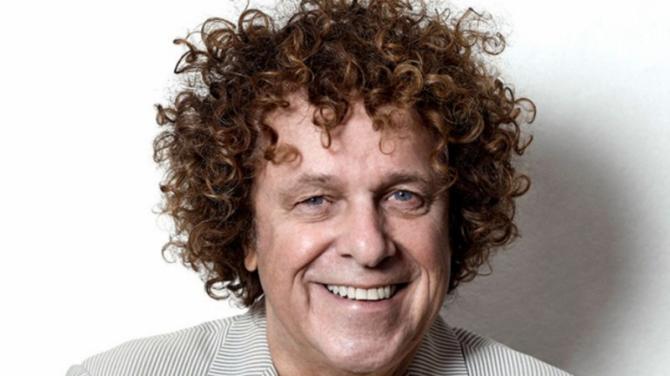 Legendary singer/songwriter, Leo Sayer, wasn’t the typical pop star of the 70s, at only 5ft 4in tall, but in the hair department, Mother Nature might have gone a bit OTT!  At almost 70, his thick curly mane is still as luxuriant as it was in his heyday - as is his enthusiasm for performing.

Leo, who played the Millenium Forum in Londondery last Friday night, takes us on a journey from where his 40-year career began his roots and his life now.

"The Seventies was a golden era, back then we had some incredible talent with bands like The Undertones, The Rolling Stones and artists like Bob Dylan and Paul McCartney. Since then we've had a few individuals like Prince and, yes, there's definitely talent out there. But, let's face it, we're never going to see the likes of Bolan or Bowie again. I think part of the magic then was the three-minute single. You'd hear a song, fall in love with it and it would become the soundtrack to a particular time in your life”, he commented.

Of course, Leo first came to prominence in the early Seventies, when his debut single ‘The Show Must Go On’ reached number two in the UK charts. Follow-up singles, especially the number one hits ‘You Make me Feel Like Dancing’ and ‘When I Need You’, pushed him further up the ladder of success.

How did the singer cope with mega-stardom? "Fame is always a bit crazy," he explains. "You spend so long banging on the door trying to get in that when it suddenly opens, it's a very strange feeling. It's easy to get caught up in the drink and drug culture. I was lucky though; I had good people around me. That's not to say I didn't cross the line now and then. I probably smoked a few joints, but nothing serious. I could always rely on my family to keep my feet on the ground."

For me personally, the hit that holds most memories is his romantic ballad, ‘When I need You’. Interestingly, Leo didn't write the song. That credit belongs to Albert Hammond and Carole-Bayer Sager. Yet it was Sayer's infusion of emotion that turned it into every couple's personal love letter to each other.

"You don't necessarily have to write a song to make it your own," he says. "After all, Elvis never wrote a song in his life. Still, it wasn't hard to conjure up the emotion for ‘When I need You’. At the time, I was in America and my (then) wife Janice was in England. I was missing her like mad. This was a song about a long distance love affair so I could easily empathise. I remember ringing Janice up and singing it to her down the phone and she cried. That song was able to express my feelings far better than any words."

By the mid-Seventies, Sayer was an international star, living in America and rubbing shoulders with movie A-listers. Across the Atlantic, the Troubles were raging in Northern Ireland and while promoters were finding it difficult to persuade artists to come to the province, Leo jumped at the chance.

"My mother was born in Maguiresbridge in Co Fermanagh so I've always had an affinity with the country," he says. "I have so many memories, especially of my grandad Nolan. Mum's father was married twice and had about 14 kids, so we had a lot of cousins. He was such a great character and I loved going to visit him at his beautiful farm in Edenmore. It was a magical place.

"I remember he had this 'test' he'd set each of his grandkids. He'd take us to a nearby mountain called Benaughlin and tell us to climb it. It wasn't a big mountain but, as a 12-year-old kid and the smallest of the lot, it was a big deal for me. My dad didn't think I'd manage it. But, I did and, afterwards I was the toast of my cousins. Even today, I think back to that time and consider it one of my biggest childhood achievements.

"Later, when the Troubles started and other artists were too frightened to come, I didn't have a problem. Sometimes, if the situation was particularly bad in Belfast, you'd think no one could possibly make the performance. Then I'd go out on stage in the King's Hall and it would be packed and I'd get a huge welcome. It was amazing."

A born storyteller, Leo can't resist telling about an encounter with legendary Belfast singer Van Morrison. "Van is my hero, one of the best but he can be a little, now what's the word..." He laughs as searches for a suitable adjective. "I think 'truculent' is a good one."

"I was in America when Tom Donaghue asked if I'd like to do a radio interview with Van Morrison. Of course I did! Well Van came in and we chatted away beforehand, it was great. I thought I was going to be the first to get the big interview with him. Then the minute we went on, he clammed up, started giving monosyllabic answers. Afterwards I asked him what had happened and he said, 'You don't wanna give too much away on the radio Leo!' Still, that's just Van."

Leo’s career is different from many artists of the 21st century, he explains: “Platforms like The X Factor or The Voice are all in all just a method of selling really, it’s not my thing, I’m obviously used to the old ways, doing radio interviews, touring around the world. People are saying now there are no real physical singles like you would have in my day, just promotional tracks. It’s all only a part image of the industry. To me, it’s a bit limited, I think it’s much more honest to put a band in a bar, that will be the much more honest approach”.

Following residing in Australia, Leo was asked to join the panel of Australian Idol to which he said he would accept under one condition – “If the auditionees can be taken to a bar with a real honest crowd, it’s all too controlled in a studio. Myself and the likes of Elton John had to find our own way into the business.”

Asking Leo on his advice to the local talent of Tyrone, he enthusiastically said: “Just stick to what you’re doing, follow the likes of your own Paul Brady, follow all great Irish artists that sang what was in their hearts and their consciences, and that’s what makes music great and what will continue to make music great, Bob Dylan still has a career and he has continued to do so by singing about a generation’s thoughts, so that’s what you have to do, its an important job to be a balladeer, you’ve got to sing the thoughts of people, do what you do but don’t fall down a commercial route because they will shortcut your career”.

Leo hopes to visit Co.Tyrone in the not too distant future as has a new album in the pipeline for next year!