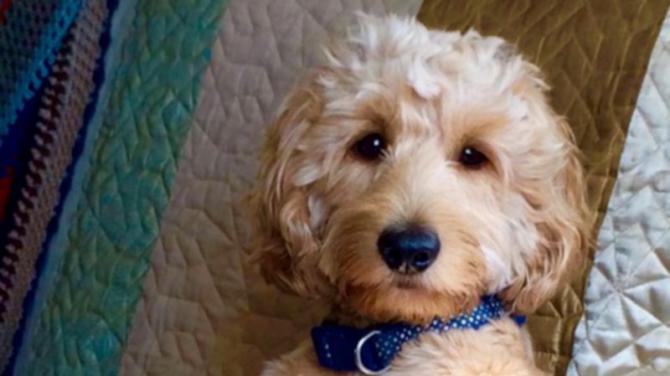 An Omagh couple’s canine pooch has become an overnight sensation online after a super-cute video emerged on social media displaying his human-like characteristics.

Rogan, a two-year-old Cockapoo who is owned by Eugene and Ann-Lousie Kerlin, not only has his own spot on the sofa but likes to sit on it like humans do!

The video posted online by the dog’s owners shows Rogan sitting up on the sofa, legs crossed, just like you or I would do and the camera doesn't seem to bother the pooch either as he sits there minding his own business.

The funny clip has been viewed thousands of times and has been shared around several  websites, including Reddit, Buzz Videos, and most recently MSN, to his owners delight.

The couple have had little Rogan since he was 12-weeks-old, and even since then he has been a character, as Ann-Louise, explained: "He is a real character and lets you know exactly what he wants when he wants it. He makes us laugh all the time with his funny ways and we are so happy we got him. He sits like that quite a lot and has done so since he was a pup.

"He normally also has a front paw up on the side of the chair which makes it even funnier. I posted the video on Reddit and was contacted by Buzz Videos about it, I signed a contract with them and within a few days it was also on MSN.

"We recently moved to Aughabrack so Rogan has now become a country dog and we are all loving it. I am really not sure why he sits like that but Cockapoo’s definitely have their own little traits or maybe it’s just the comfiest way," she added.

You can watch Rogan's video on, https://www.msn.com/en-us/video/t/