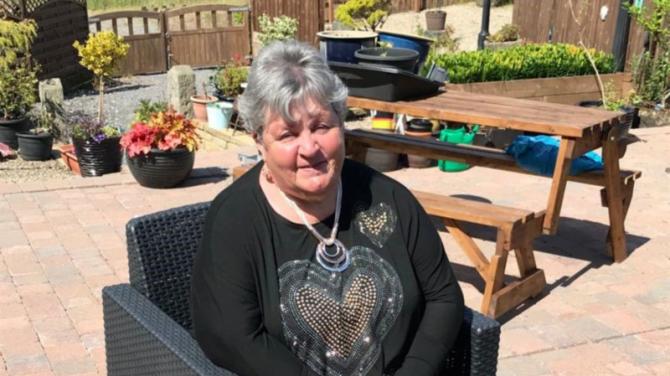 A FIVEMILETOWN woman is helping the Housing Executive mark a very big birthday – as the social housing organisation celebrates its 50th year.

Phyllis Clarke, who is chairperson of Fivemiletown Estates Group, is one of a number of contributors taking part in a series of special video interviews with tenants and organisations engaged in great work at grass-roots level.

Phyllis was born in a Housing Executive house and later became a tenant in her own right. She speaks passionately about her love for her area and the support the Housing Executive gave her family in the most challenging of times.

Phyllis has fond childhood memories of life in a Housing Executive home and lives just across from where she was born.

“Forty-six years ago I signed up as a tenant and we never had any problems when we looked for a transfer, they were very good to us.”

Life in Corcreevy Court has had some sombre memories for Phyllis and her family over the years.

“We were bombed out of our home on 7 May 1992. At that stage we had bought it and the Housing Executive still rehoused us. It was a 1,000lb bomb and we were out of our home for 14 months.

“We didn’t move back until July 1993 and the Housing Executive were amazing at that stage. We were the biggest family to be left homeless with four kids and we were housed the next day.”

Chairperson of Fivemiletown Estates Group, Phyllis is heavily involved with the Housing Executive and is passionate about helping the community.

“I have full praise for any agency I volunteer with, you get any amount of work but I love it,” she said.

Phyllis is also a very enthusiastic member of the rural housing panel in Cookstown.

She is an advocate for home self-improvement and, along with her husband, has carried out extensive work to her home over the years.