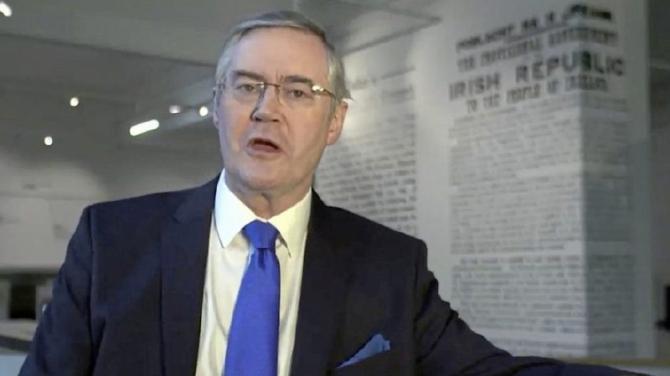 "Everyone is very welcome," a spokesperson said.

"Dr Phoenix will speak to Drumquin Historical Society on the theme ‘Ireland form the Penal Days and United Irishmen to the Union, the Famine and Home Rule, 1770-1870'.

"Dr Phoenix will trace the 18th century background of the old Irish Parliament, the Penal Laws enforced against Catholics and Dissenters (Presbyterians) and the impact of the American and French Revolutions on Ireland and especially Belfast.

"The result was the rise of the United Irishmen, founded in Belfast in 1791 and attracting wide support in west Tyrone and east Donegal.

"Dr Phoenix will outline the main events of the 1798 Rising and the abolition of the old Irish Parliament with the Act of Union of 1801. He will trace the emergence of Daniel O’Connell, the struggle for Catholic Emancipation (1829) and the rise of Rev Henry Cooke as a conservative leader in Ulster.

"A particular focus of the talk will be the origins of the Great Famine (1845-51) in which one million people died across the island.

"Research over recent decades has revealed the significant impact which the Famine made on the province of Ulster as a whole and on the area which became Northern Ireland in particular.

"In Co Tyrone, the worst affected areas were Omagh and Clogher poor law unions. Across the county the workhouses were inundated with applicants from 1846 onwards, reflecting the social collapse of the labourers and small farmers.

"The picture in Strabane on Donegal border was one of destitution and heartrending privation’ while from Dromore in west Tyrone the rector, Rev Henry St George, wrote in March 1847 that ‘many have died of actual want’ while mothers and infants were starving.

"Today there are Famine graveyards at Kesh (in the care of the Church of Ireland) and at the former Workhouse at Irvinestown in Co Fermanagh.

"Dr Phoenix will trace the development of the Home Rule movement in Ulster form 1870 and the emergence of Unionism by the 1880s."

Dr Éamon Phoenix is a political historian, journalist and broadcaster.

He is a member of the Taoiseach’s Expert Advisory Committee on Commemorations and a daily columnist for the Irish News.

He was resident historian on the BBC recent podcast series, 'The Year 1921’.

The link for the Zoom talk/lecture starts at 8pm (Zoom room opens from 7.30pm) is: