Allen: I couldn't ask any more from players 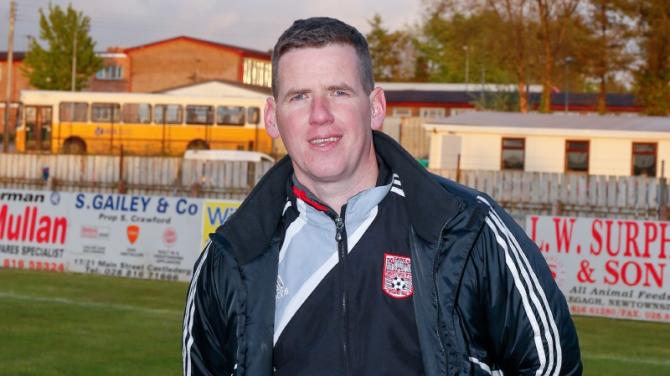 PETER Allen paid tribute to his Dergview players after leaving his role as manager following Saturday’s defeat to Loughgall.

Despite a positive start to the campaign which included a memorable BetMcLean League Cup victory over Glenavon, the County Tyrone side have lost their last seven league games in succession.

Taking to Twitter to thank the club, Allen stated: “I would like to thank everyone at Dergview for the chance to manage their great club.”

“I enjoyed every minute of it and will take away nothing but great memories. To every one of the players use (sic) were brilliant for me and I couldn’t ask any more.”

Allen took the reigns at Darragh Park in January 2018 from Richard Clarke and guided the club to Championship safety last season via their playoff victory against Queen’s University.

Saturday’s 3-1 defeat at home to Loughgall left Dergview just a point above the relegation playoff places ahead of Limavady United and Ballinamallard United.

The search for a new manager now begins as the Darragh Park-outfit attempt to call a halt to their slide and move away from the relegation zone.