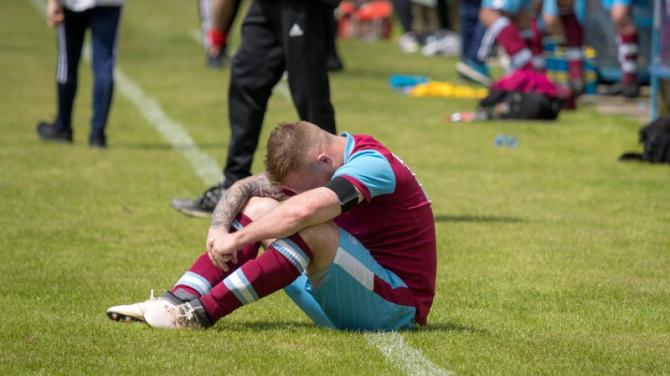 TUMMERY Athletic manager Gerry Love has once again slammed the football authorities for their handling of the Irish Junior Cup final.

The Dromore-based side fell to an agonising 1-0 defeat to Enniskillen Rangers in Saturday's showpiece final in front of a large crowd at Ferney Park, Ballinamallard.

However, the build-up to Tummery’s historic final was marred by postponements and IFA investigations after a row over a player’s eligibility involving Bessbrook United and Rangers in the semi-final.

The final was initially due to played on Bank Holiday Monday on May 6 between Tummery Athletic and Bessbrook United at the National Stadium, Windsor Park.

However, the actual fixture took place some 80 miles away in Ballinamallard five weeks later, with Rangers restored to the competition.

Bessbrook won the initial semi-final clash 3-1 but the IFA eventually ruled that the Newry-based side had fielded an ineligible player.

Speaking to the Tyrone Constitution after the final, Love didn’t mince his words.

“I thought the length of time to play the game went against us, it was detrimental to Tummery,” he said.

Tummery qualified for the final after a hugely-impressive victory over Willowbank in the last four.

Love continued: “We have been robbed, that's a fact. We were the best team in junior football this year by a long shot - we proved that in the semi-final victory over Willowbank.

“Our opponents in the final didn't win their semi-final and it's very hard to prepare yourself for a team against a club that has already been beaten in the competition.

“I think the players lost interest, I certainly did, when it was initially postponed.

“I think it says a lot that this was the only game in which Tummery have failed to score this season. It reflects on the whole event.

“To go five weeks without a game, it’s a poor way to prepare for a final.

“The way the whole thing has been handled is totally shambolic. There was a complete lack of information to the club and it was very difficult to maintain our interest in the competition.”

Due to the postponement, Tummery’s experienced goalkeeper Chris Catterson missed out on the occasion.

“Chris has huge experience but missed out on the day - he was available on the date the final was initially to be played, May 6.

“He has played junior football all of his life and to get to the final and to miss it due to the cynicism of certain people... it's ridiculous.

“He should have been enjoying an occasion at Windsor Park. He was looking forward to it like every other player - but it wasn't to be.

“This whole debacle has been brought to a shambolic end.

“We will go again in the Junior Cup but you need good fortune to get to a final. We will have to see what happens. It's a cup competition - it comes down to availability, the draw, all these wee things. It's never easy.”

Love concluded: “For me personally, I would like to express a massive thank you to our support, the players, team, Dromore and the surrounding areas.

“Everyone has been absolutely incredible.”

Report and more photographs in this week's Tyrone Constitution...