Old scores to be settled as veteran Trillick and Fintona sides meet again ...for charity! 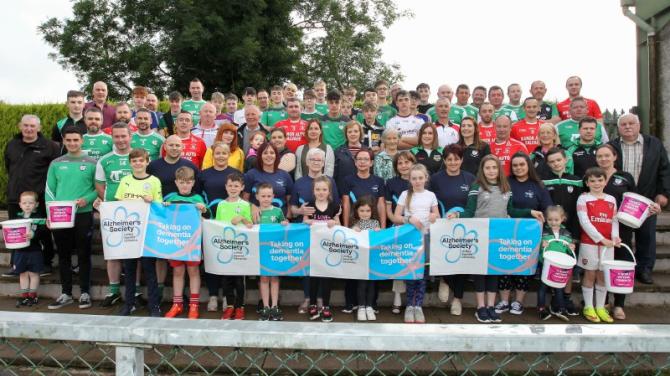 Stars from yesteryear will be dusting off the cobwebs from their old boots and hoping to remember the rules of the game as two arch rivals, Trillick and Fintona, square up to one another after a 20-year gap to settle an old score!

Fintona scored a goal in the dying seconds of the 1999 minor league final to clinch the title, something that's irked the Trillick lads ever since.

Now the sides have the opportunities to prove themselves all over again as part of a charity event that is sure to attract widespread support.

The McSorley family are running fundraising events for Alzheimer's/Vascular Dementia research and spokesperson, Aidan, is confident the generosity of the public will help make this and other associated events a big success.

"Feeling useless and unable to do anything for our dad I came up with an idea of raising money for the research of Alzheimer's a way of dealing with what way happening to our dad. Our main idea was to run a football match against Trillick who we played 20 years ago in a minor league final in Dromore with Fintona scoring a goal in the dying seconds of the match coming out on top by the narrowest of margins.

"I contacted both Trillick and Fintona teams that played on that day and everyone was up for it especially Trillick as I think they have some unfinished business to sort out. This match is to be played on Saturday, October 5, with a barbecue afterwards in Fintona Golf Club. I asked our manager of the minor team back in 1999, Dermy McGuigan, to come on board with training and leadership skills which he kindly did. He has also helped our family with ideas for other fundraising events and starting off on Friday, September 20, we have a quiz night in the Fintona Golf Club at £25 for a team of five. The quiz master on the night is Shaun McBride.

"The very next day we are collecting in Fintona's SuperValu and Eurospar stores and in Omagh at the traffic lights. The following week, Saturday, September 28 in Kings Bar, Fintona, Dermy and his son,Justy have organised a darts tournament with Justy asking his good friend, Brendan Dolan, for one of his nine-dart history maker signed shirt for a raffle on the day which Brendan was only to happy to donate.

"That then leads us on to the following week, Saturday, October 5 when a lot of us so-called footballers dust off our boots and take to the Fintona Pearse's pitch on Tattymoyle Road, Fintona. For a lot of lads it will be the first time in 15 years to line out and I'd say the last ever time but they just couldn't turn down the chance to raise much needed money for this family destroying disease. There is no charge at the gate, we are just kindly asking for donations," he said