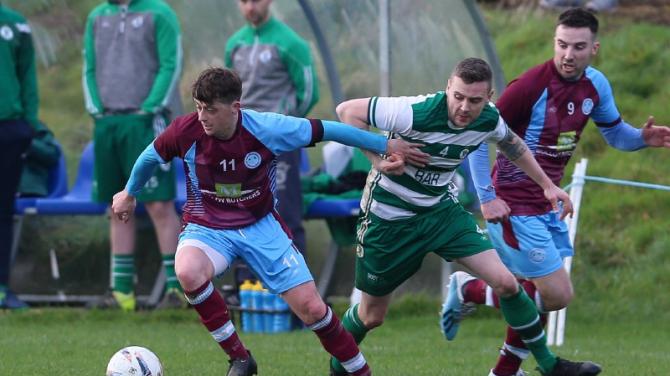 Tummery Athletic remain at the summit of Division One following a strong performance against Strathroy Harps.

The away side ran out 3-0 winners leaving them one point ahead of their nearest rivals Enniskillen Rangers and with a game in hand.

Goals from Ryan Hanna, Adrian McCaffrey and Sonnie McDonagh were enough to seal victory for Tummery.

Elsewhere, second placed Rangers remain in the hunt following a 6-1 win over Magheraveely whilst Enniskillen Town fell to a 3-1 loss to NFC Kesh.

Fourth placed Beragh Swifts strolled to a 7-1 win over Dergview Reserves whilst Irvinestown Wanderers took all three points with a 3-1 win over Killen Rangers.

Meanwhile, in Division Three, Enniskillen Galaxy’s 4-2 win over Dunbreen Rovers sees them remain in top spot with a game in hand over second placed Derrychara United who suffered a 6-2 defeat at the hands of Augher Stars.

Enniskillen Rovers, who currently sit bottom of Division Three, were outclassed by Drumquin United with a final scoreline of 7-2.