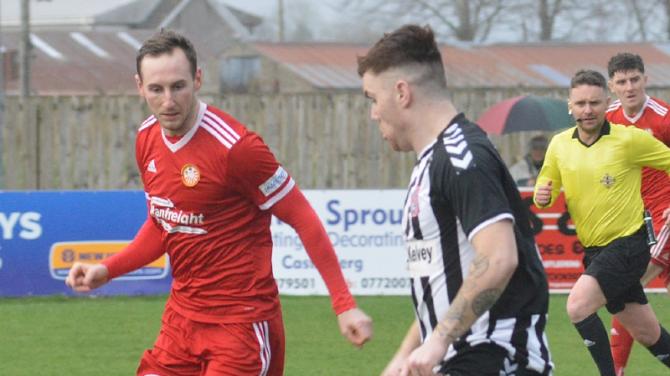 Dergview gave their survival hopes a huge boost with a superb 3-1 win over leaders Portadown at Darragh Park.

Ivan Sproule's side still occupy 11th spot but now have a three point advantage over Knockbreda and move closer to PSNI with three games in hand over both sides.

Scoreless at the break, Paul Smith fired Dergview in front just before the hour with a well taken free-kick which took a slight deflection past keeper Daniel Devine.

Sean McCarron made it 2-0 with nine minutes remaining after combining with recent arrival Stephen Curry to send a low shot across the keeper before, on 86 minutes, Matthew Callaghan knocked home number three from close range after Smith had teamed up with Emmett McNabb to create the opening.

Portadown did pull one back right at the end through Lee Bonis with a rebound volley after his initial free-kick was blocked by the wall but it was much too late to spark any sort of revival from the visitors.