Campbell desperate for season to finish 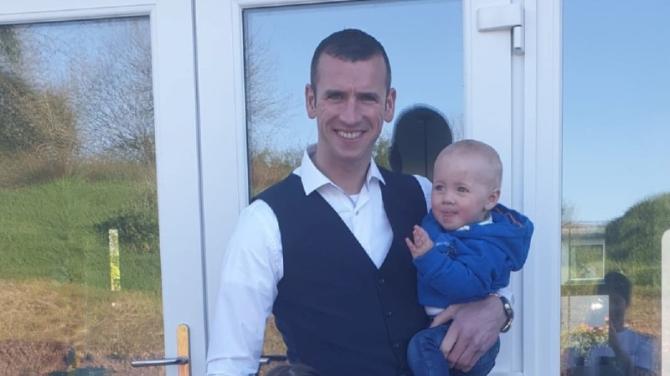 BALLINAMALLARD United's talisman Ryan Campbell is hoping and praying the NIFL Championship can be concluded.

Not only is Campbell, 38, the division's leading goalscorer with 25 league goals and on course to claim the Golden Boot, he is also dreaming of having one last go at Premiership football.

Campbell has been an integral part of Ballinamallard's success and his goals have helped propel the club to third place in the table before the coronavirus outbreak brought the game to a halt.

Harry McConkey's side were six points behind league leaders Portadown with a game in hand, as the race for promotion looked set to heat up at the business end of the season.

Now it is unclear whether the season will be concluded, however.

"I honestly don't think the season will go ahead again, to tell you the truth," admitted Campbell.

"Maybe things will pick up again and there might be a chance to get it finished in June if we can get all squeezed in.

"There are only seven or eight games left, so you could do a quick turnaround before the start of next season, even if you have to put the 2020/21 campaign back a couple of weeks.

"But personally speaking I think it may be ruled void."

To rule the season null and void would be incredibly frustrating for Ballinamallard as a whole, particularly for Campbell, who at the age of 38, is in the twilight of his career.

"At my age, when you're going for the golden boot... it doesn't happen too often! If it's going to be void it will be frustrating.

"We were starting to pick up a bit of momentum again and then with Portadown slipping up, it was back to six points and we had a game in hand against Knockbreda. We would have been hoping to have won it and we would have then have been three points behind with seven or eight games left. It was all to play for.

"It's frustrating because we had Portadown to play so if we went on a good run we had a chance of winning the league, and definitely a chance of promotion.

"Financially too it's going to be a big blow to a lot of clubs. Premier League football would have been a big boost financially.

"Harry had a four-year plan of trying to get back into the Premier, but considering the way this season has gone, we had no better chance. I think the way it was going we definitely had the opportunity to do it.

"When we got to the last 10 games of the season we wanted to put a run together and we had a couple of midweek games, we ground out a 2-1 victory at the Welders and we ground out a 1-0 win over Dundela. We were getting the results and putting ourselves back in there. We knew if we could win seven out of our last eight it would have been enough to win the league."

Campbell was equally confident of claiming the Golden Boot award. But at the age of 38, how has he struck such a rich vein of goalscoring form?

"I'm in a good place in my life at the moment," he said. "I have three young children keeping me occupied and a good family at home. I'm happy at work. Everyone gives their best under Harry because he's an excellent manager. He gets the best out of every player. He has everyone's confidence high so you don't doubt yourself, because he will never doubt you. He always says the right things."

For Campbell, like the rest of the Irish League family, it is simply now a case of waiting to see what will unfold over the next few weeks.