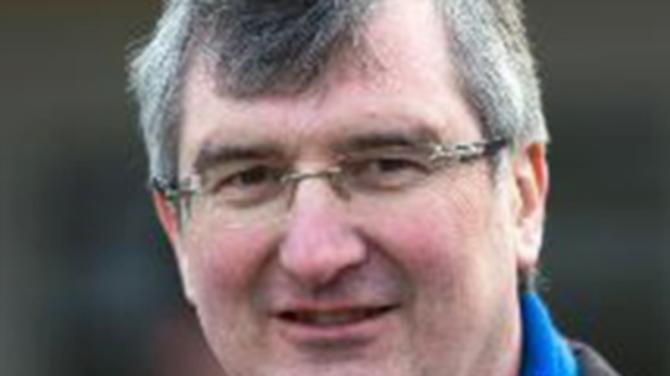 Ballinamallard United officials believe the club still has a 'slim chance' of fighting for promotion on the field this season.

Last week the NI Football League said it had been recommended to end the current Championship campaign "immediately" following a teleconference meeting with member clubs.

Promotion and relegation would apply to just the automatic positions meaning Portadown would be promoted, with Ballinamallard cruelly denied a two-legged playoff with the club second from bottom in the Premiership.

In a statement, NIFL said: "The recommendation is to end the 2019/2020 season immediately and develop a mathematical curtailment model to determine final placings.

"Furthermore, promotion and relegation will only apply to the automatic positions with no playoffs."

Portadown currently lead the Championship by six points over Ballinamallard, but have played one game more.

At the bottom end of the table the PSNI sit bottom, two points adrift of Knockbreda, meaning third from bottom Dergview would survive.

However, a final decision on how to end the current season has been deferred until after Uefa discusses European competition dates later this week.

Irish Premiership clubs are said to have turned down proposals to end the campaign by instead declaring that they wanted to play all seven remaining matches.

The redistribution of £1m of European money remains a huge and complicating issue in the saga.

Until a decision has been made in the Premiership, Ballinamallard chairman, Tom Elliott, said his club still held hopes of completing the season in the second-tier.

“It's not all over yet because the Premiership clubs have not yet come to an agreement and they could make the difference,” said Mr Elliott.

“There is still a slim chance. The final decision has yet to be made and a lot depends on what the Premiership do.

“No matter what they do, there is bound to be some kind of knock-on effect to ourselves and the Premier Intermediate League.

“It’s not all over yet. There has been a bit of indecision about how to conclude the Premiership - and it’s a bit of a mess.

“I accept it’s a difficult situation but they need to find a way through this.

“The problem is that they have focused almost totally on the Premiership - what is going to happen with Europe and the money. Basically we have been one of the fall guys in all of that.”

As it stands, we still can’t be clear on how the current campaign will end, some three months after it was suspended due to the coronavirus crisis.

But if Ballinamallard are to be denied promotion by way of a meeting, Mr Elliott admits it would be cruel on his club.

“It would be unfortunate from our perspective and I feel sorry for Harry and the players and supporters.

“We have done well all season and had picked ourselves up after a poor first couple of matches.

“In any decision, there are winners and losers. But in football you would expect that to be decided on the pitch.

“We will keep watching and waiting to see what happens.”

Manager Harry McConkey said he and his players would have to “accept the frustration of losing out on a run-in and simply prepare to go again when the time is right for us all - players and supporters”.

The players returned to small group training earlier this week. Teams are allowed to train in groups of six or less and social distancing must be maintained with no close contact allowed during sessions.

“Training sessions were strictly under protocol and we even took the temperature of individual players,” said McConkey.

“Planning, preparing and delivering such sessions was a little bit more demanding than before, but it was still worth it, just to see the joy on the players’ faces and hear the banter echoing all over Fisher Park.”